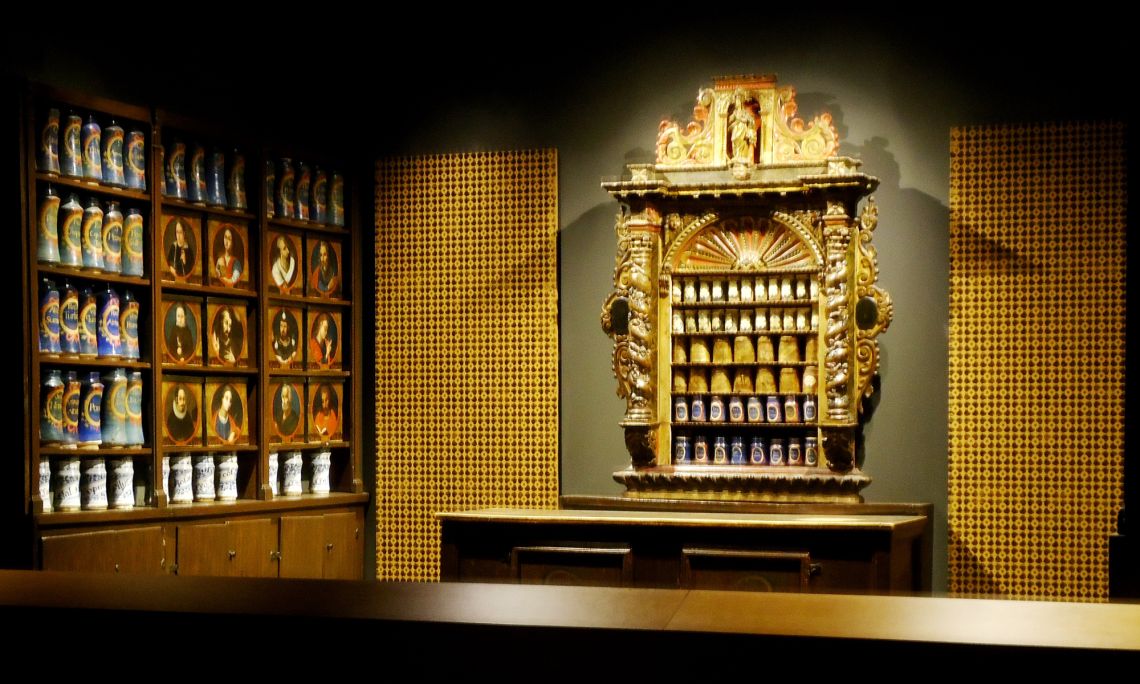 This exhibition is dedicated to the office of the Esteva Pharmacy, one of the oldest and most famous pharmacies in Europe. The exhibits transport us to the pharmacies of the 17th, 18th, 19th and early 20th centuries and allow us to walk through the evolution of these pharmacies, up until the period when medicine was no longer produced in situ, following the industrialisation of the production line.

Although there is some evidence of pharmacies existing in Llívia from the 15th century onwards, over the history of the town this documentation has disappeared, and today the earliest documented evidence that remains is dated from 1594, when a visit from the Protomedicat de Catalunya (an early governing body for medicine in Catalonia) banned Jaume Bosam, who it seems ran this pharmacy, from continuing his work, as he did not hold the relevant apothecary qualifications necessary at the time.

From the first third of the 18th century the Esteva family kept the Llívia pharmacy running, until 1926, when Antoni Esteva moved to Puigcerdà. As the pharmacy had passed from parents to children, and they were pharmaceutical professionals, the medicine cabinets, multicoloured boxes, jars and mortars were all preserved, as well as an important pharmaceutical library which is testament to the changes in materials and scientific ideas that led to the present day. 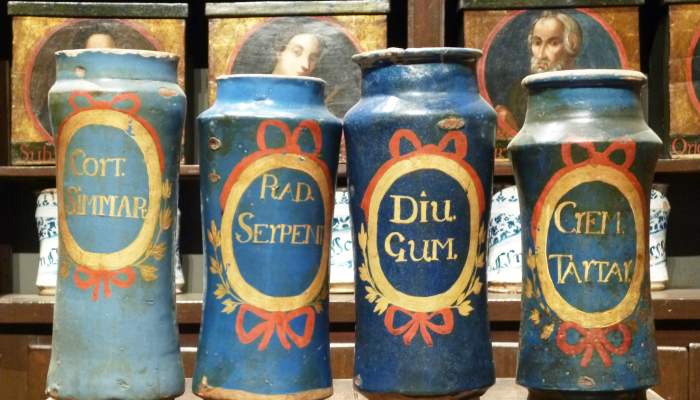 Albarello from the pharmacy

Albarello from the pharmacy