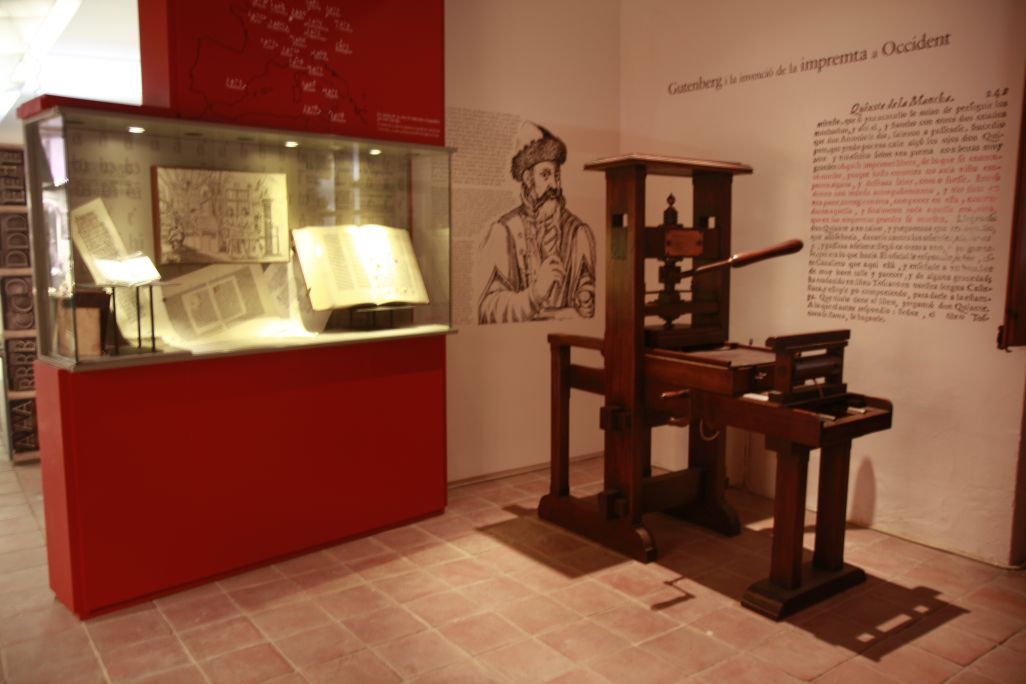 The year 1450 marked a turning point in the life of the book and also determined the future life of Johannes Gensfleisch, popularly known by the name of Gutenberg. Thanks to his great technical expertise, this goldsmith who was also attributed the titles scribe, printer and blacksmith, developed movable type printing. Gutenberg perfected his invention to exploit it commercially in 1450. With this aim in mind, he asked Johannes Fust, the attorney of the city of Mainz, for a loan. Gutenberg ended up forming a partnership with him, along with his son-in-law, Peter Schöffer. In 1455, unable to fulfil the commitments made with his partners, he was sentenced to return the capital plus interest. Most of the presses and typefaces passed to Schöffer. With the little material he had left, Gutenberg printed the famous 42-line Bible, another 36-line one and the Catholicon (1460). At the end of his life, the archbishop of Mainz granted him a pension. He died on February 3 1468.