The lace in the Sant Jordi chapel 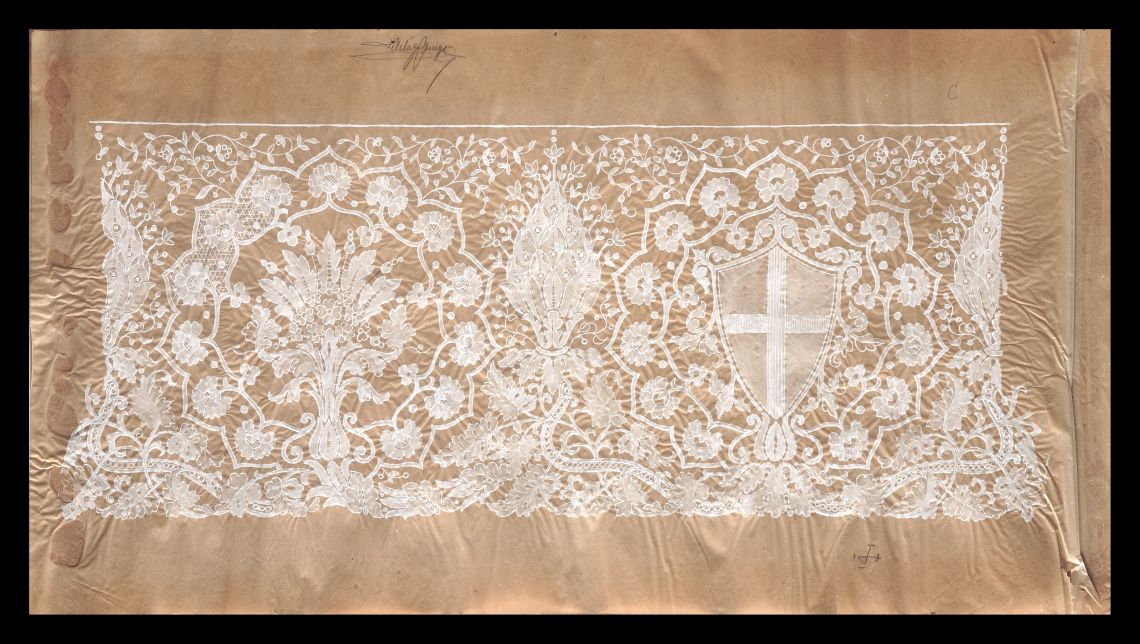 Between the years 1927 and 1930, the lace makers from Arenys de Mar -Marià and Joaquin Castells Simon- designed and pro­duced some extraordinary bobbin laces for the altar’s tablecloth, the alb and the rochet of the St. George’s Chapel in the Palace of the Barcelona Provincial Council, today the Palace of the Catalan Government –la Ge­neralitat–.

Those three pieces of decorative art must be included in the big reforms of Barcelo­na’s Gothic Quarter, directed by the architect Josep Rubió i Bellver. They must be considered the last great creations of the handmade lace industry in Catalonia, and without a doubt, a jewel in the country’s textile production. The changes in fashion, the incorporation of women in factories and the fierce competition of the machine lace, among other factors, helped to the decline of this centenary craft from around the thirties of the 20th century.

Besides these laces deposited by the Government of Catalonia, the Museum of Arenys de Mar preserved the projects, matrices and patterns for these three works of art which allow us to understand the entire process of lace manufacturing: from the draft drawings to the final work.

At the beginning of 1927, the Castells brothers were commissioned to work on the tablecloth for the altar of the chapel. Marià Castells, a well known lace designer, prepa­red three designs, from which Josep M. Milà i Camps - the president of the Barcelona Provincial Council- chose the one with the reinterpretation of a motif called the “po­megranate”. This pattern had often been used in the luxury fabrics in the late Gothic and Renaissance periods and was extremely copied during the Art Nouveau period.

During ten months, the best lace makers from Arenys de Munt, using an ultra thin German linen of the best quality, made those six meters of lace, which were first dis­played during the St. George´s celebration in 1928. The technique used, and it could not have been any other, was ret fi, the tra­ditional technique of fine lace used in the Maresme county since the 18th century.

The alb and the rochet

The alb for the St. George’s Chapel, with laces three meters long by eighty centi­meters wide, were made between May 1928 and the beginning of the following year. In this new project, Marià Castells re-used the design for the altar´s tablecloth, and enriched the upper and lower part with some elegant and stylish floral and vegetable designs. On the sleeves he used similar motifs but simplified. Praised by the King Alfonso XIII, this alb was used for the first time by the prior of the cha­pel on St. George’s day in 1929.

The rochet, commissioned by Antonio Berenguer –chaplain of the palace-, was delivered on the festivity of the patron saint of Catalonia in 1930. For this piece Marià Castells created a new design with a floral motif, more conventional than the tablecloth and the alb. 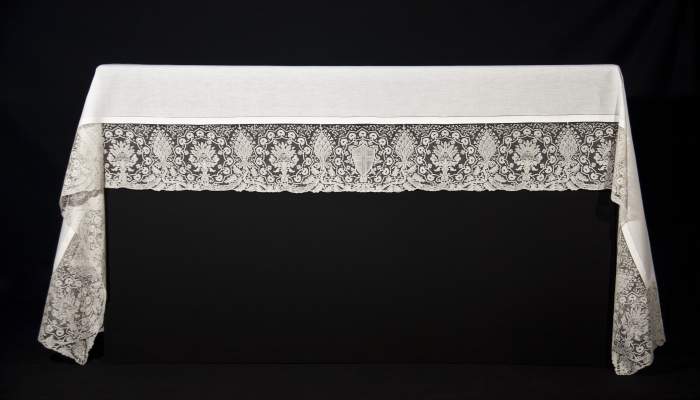