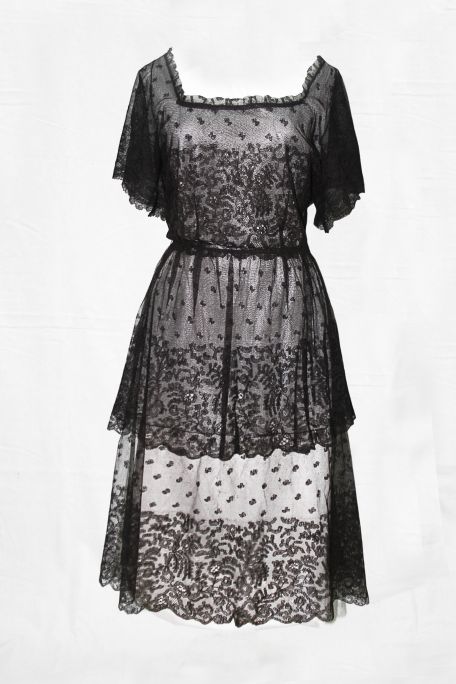 The historical centers of handmade lace in Catalonia

Catalonia is a country were handmade lace has had a long tradition of manufacturers. From the 17th century, handmade lace was produced in many areas, but we will only highlight three because of its higher importance:

The Catalan lace makers skillfully performed various techniques, some being simple and others more complex. Due to the proximity with France, various new French techniques were introduced, such as: Valenciennes lace, Lille lace, Le Puy lace and foremost, the blonde. Here you may touch these samples and appreciate the quality of the work.

The handmade lace is made with bobbin or needles. From these two basic techniques, evolved a varied terminology in order to describe the different styles. With regards the mechanical lace, the quality of the piece also depends on the machines used in the lace production: Leavers or Raschel.

Not exactly a lace, because it is made from tissue. It is done by removing the threads with a needle to create radial forms. The first works are from the 16th-17th century and are called Catalan lace. They resemble creations made in Castilla-León and Extremadura where they are called soles (suns).

The ret fi or the Arenys lace

In the Maresme country, in the late 18th century and early 19th century, a technique of white lace made of cotton or linen was developed, which was called ret fi or Arenys lace. This type of lace is characterized by geometric designs similar to other European techniques of the time like the Lille, the Melines or tonder. The ret fi was often used for ecclesiastical and domestic purposes as they were pieces that could be cleaned and ironed easily.

Blonde appeared in France in the 18th century and quickly arrived in Catalonia where major design houses used the handmade lace in mantillas, veils, shawls, scarves... The Catalan blonde was very popular throughout Europe and America. In the late 18th century lace makers from Mataró founded a lace com­pany in Almagro (in the province of Ciudad Real), where the tradition is still maintained.

The Arboç lace is also popularly known as the lace of l’Arboç. It is characterized by the tulle background and the decorative elements which tend to be inspired by nature.

Halfway between the mechanical laces and handmade laces is the blonda bordana. It is a mechanical embroidered tulle imitating the blonde lace. Its use was very popular among the bourgeoisie as the cost was inferior to the handmade lace. During the 19th century, in the Misericordia House in Barcelona many excellent pieces were produced in this technique.

The first machines for the mechanical lace were installed in Barcelona during the early 19th century. The Leavers machines and later on the Raschel machines produced laces of an excellent quality.

The Lace as a business

Although handmade lace was made in Catalonia since the 17th century, only from the second half of the 18th century in the Catalan coast, from Tossa de Mar to Barcelona, the surroundings of the capital and in l’Arboç del Penedès, lace business was developed, the majority of which were exported to America. Despite the fluctuations and the political and economical crises, these business dedicated to handmade laces remained active until the first half of the 20th century.

During the 19th century the renowned lace houses presented their work at major international exhibitions, inter alia Josep Margarit i Lleonart and Josep Fiter. This lace manufacturer produced an alb for the Pope Leo XIII in 1887 in cooperation with the Castells House from Arenys de Mar.

The Catalan companies dedicated to the mechanical lace making are grouped in the National Association of the Manufacturers of tulle, embroidery and lace. Currently, there are 6 companies producing the mechanical lace: Central Encajera, Encajes Laquidaín, Indesmalla, Industria de Encajes Mecánicos, IEMESA, Textil Padró and Tradeurop (heirs of the House Volart). 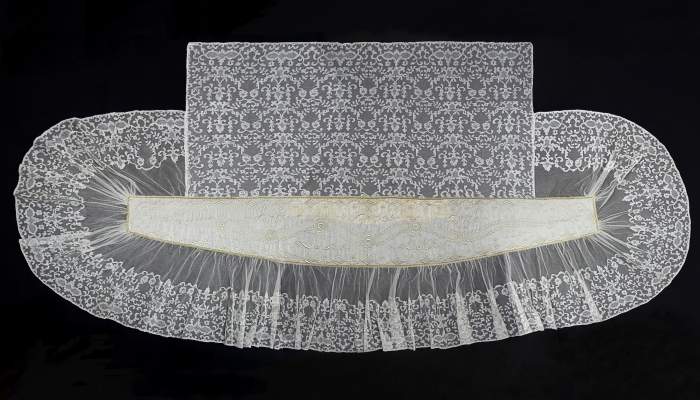