Europe, a continent devoted to lacemaking 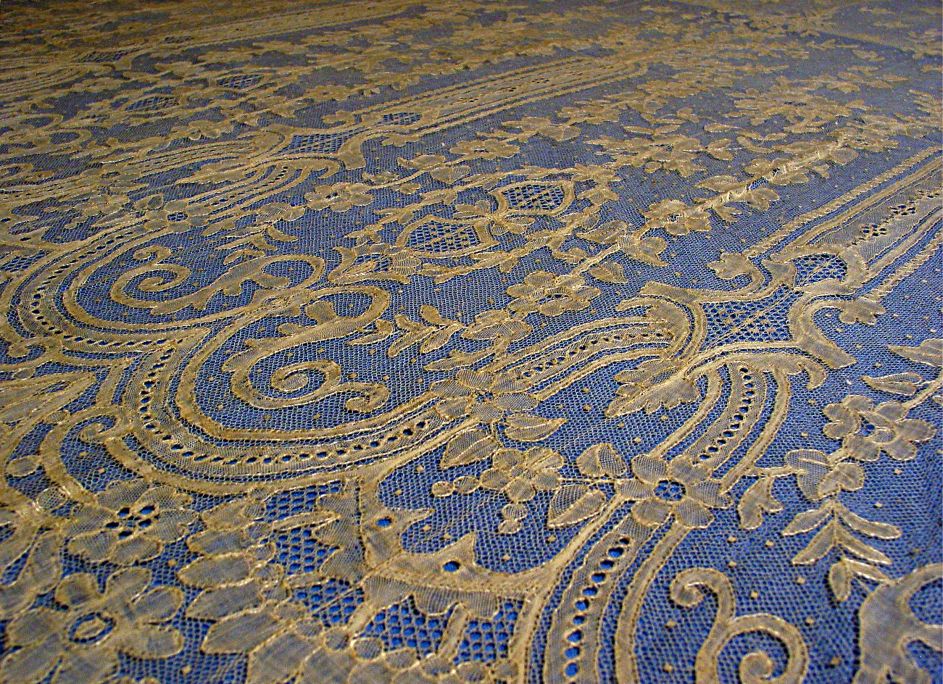 The lace craft is typical of European culture. All European countries from Portugal to Russia have developed one or more of those unique techniques that allows us to identify them based on their design, purpose or the shape of the work. The laces were, for centuries, a luxury product that was successfully used in the clothing of the European courts around the seventeenth and eighteenth centuries. With the introduction of machine-made laces in the nineteenth century, the handmade lace lost its pro­minence almost entirely. Laces can be divided according to the use given to the needle or bobbin. The guipure, the Torchón lace or the numeral laces can be found almost everywhere in Euro­pe with specific characteristics such as: guipure from Le Puy, numeral lace from Russia, Milan or the “witch lace” from Extremadura, of which we can see some examples in this room .

The first lace was made in Venice in the late sixteenth century. It is a “punto in aria” made with the needle technique, which was very popular in the seventeenth century.

In the eighteenth century France was one of the major producers of needle-lace such as Alençon and Argentan and at the end of the eighteenth century, with the introduction of tulle base in the Valenciennes, Chantilly or Lille lace (all made with bobbins) became very popular during the nineteenth century. Another important lace producer is Belgium, with the “Duchess lace” made using bobbins and a gauze made with needles. With the introduction of mechanical tulle, mixed techniques were developed that consisted of applying motifs made with bobbins or needles on tulle bases. Another country that developed their own techniques is Britain, where the Honiton lace was being made. The lace of Malta, which was created on this island, is made in silk and one of the most usual pattern is the Maltese Cross. Russia developed its own type of lace: numeral.

In Spain, the regions which specialized in producing lace were: Galicia, with its most important centre in Camariñas which produced laces based on the guipure. Almagro, in the centre of the peninsula, where artists specialized in blonda, a technique introduced by a couple from Mataró. In Catalonia, the most important centres were located in Baix Llobregat and they were dedicated to black lace (Blonda, Le Puy, Chantilly). The lace from Arboç and the white la­ces from Maresme region, where the “Ret fi” or the Arenys lace was created. In the sixteenth century in Catalonia, Castilla and Extremadura needle-laces were developed which preceded the bobbin lace. They are called the “points of Catalonia”, also “suns” from Extremadura and Salamanca. This technique will evolve in the Canary Islands in the form of “Tenerife lace” and will travel to America, specifically to Paraguay, where will be called “ñandutí”.

The handmade lace enjoyed its last moments of glory in the early twentieth century with the influence of Art Nouveau. In Belgium, Austria, France and Catalonia, various lace designers developed new aesthetic forms. In Catalonia, Marià Castells Simón, designer from Arenys de Mar, created magnificent modernist designs for household linens, albs of ecclesiastical regalia which can be seen in this room displayed next to the classic works. 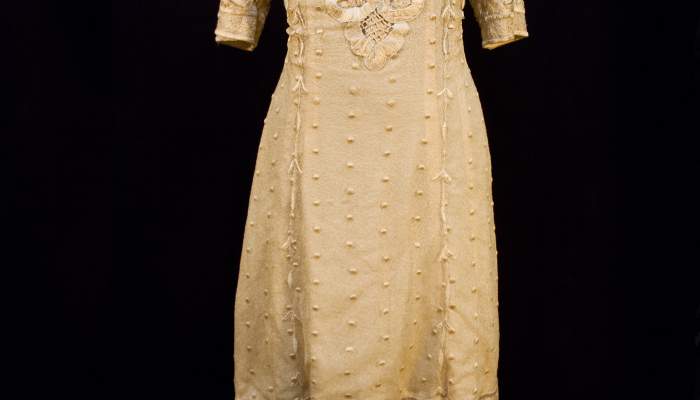