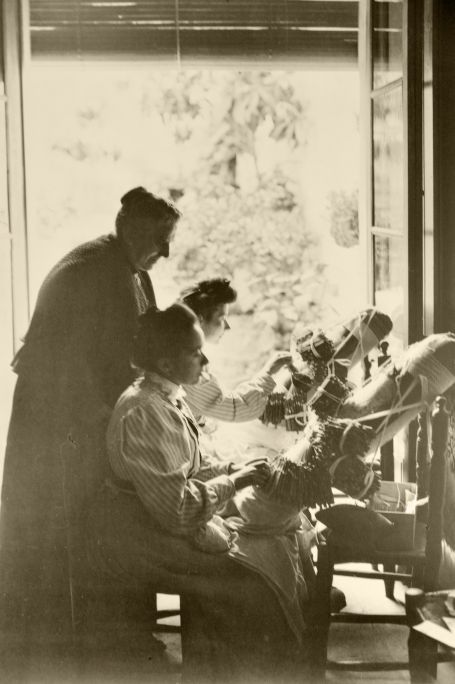 In 1906, Casa Castells received the commission to make the handkerchief for the marriage of Princess Victoria Eugenia of Battenberg to King Alphonse XIII.

With a design by the artist Alexandre de Riquer, Casa Castells adapted the drawing to the handkerchief, which the Ferrer sisters from Sant Vicenç de Montalt took three months to craft in the company’s studios in Arenys de Mar.

The photographer Adolf Mas took this picture, which was published in the magazine La Il·lustració Catalana.