A complex society: the aristocracy 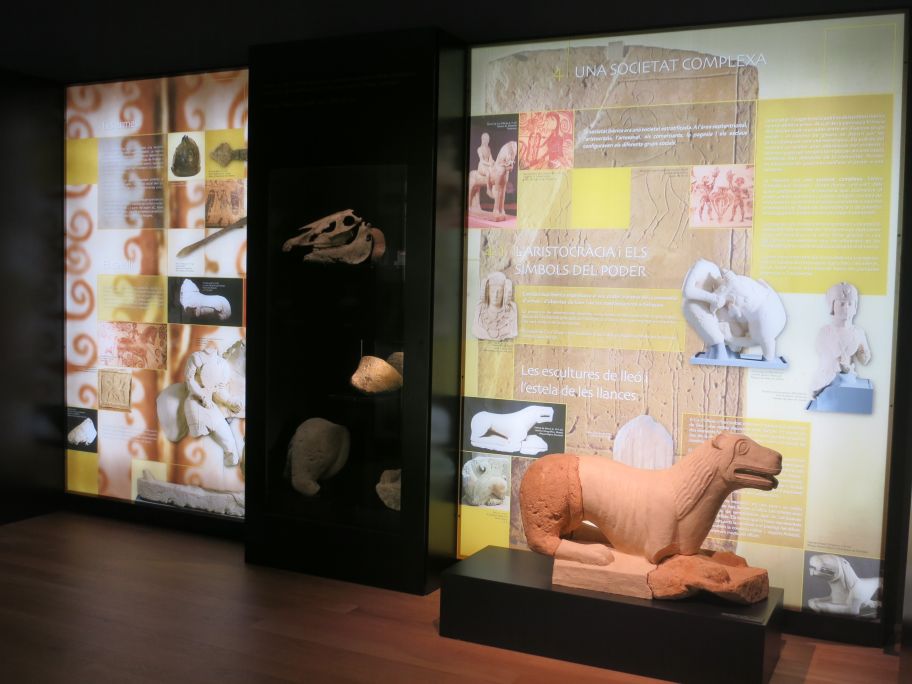 Panels, display cases and a statue that reflect the life of the Iberian aristocrats.

This section is devoted to the aristocracy and to archaeological evidence of its existence: sculpture, weapons and imported ceramics.

It begins with the presentation of Iberian society as a whole. This was a complex society, with different social groups, led by a few elite members who organised the territory. From the settlements where they lived, they controlled agricultural production and the sale of surplus produce. Sculpture, especially of the funerary kind, was one of this aristocracy’s identity signs.

The first display case contains several sculptural representations. Particularly outstanding by virtue of its rarity and uniqueness is a funerary stela decorated with spears and two lion sculpture fragments, which would have formed part of a funerary monument. Based on these fragments, a hypothetical restoration of the sculpture has been made, which stands outside the display case.

The next case displays different items related to Iberian weaponry, which could have belonged only to the aristocracy. Among the highlights are sword sheaths and blades, spears and pieces of shields, complemented by the image of two Iberian armed warriors.

The last display case contains luxury tableware, consisting of pieces imported from different parts of the Mediterranean and imitations of these pieces, such as the large krater, made by Iberian potters.

12. A complex society: the aristocracy 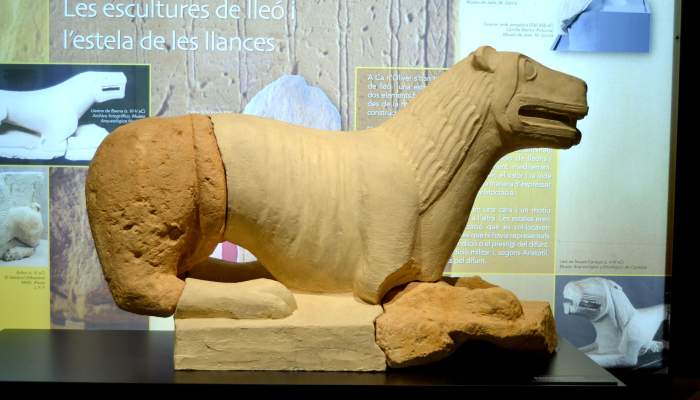 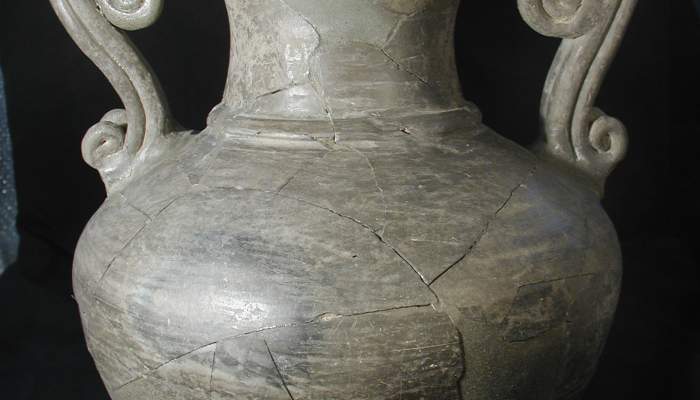 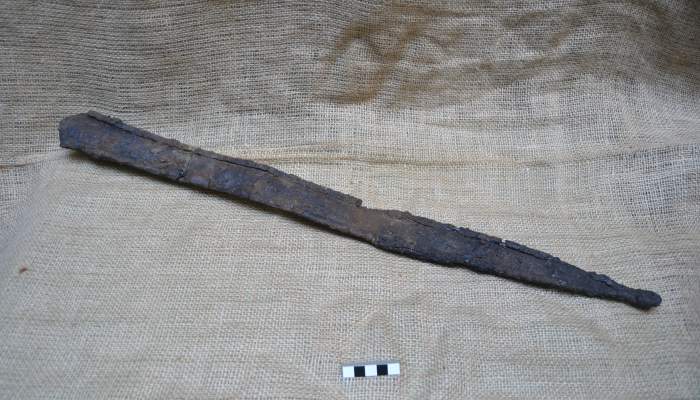