The site of the Ca n’Oliver Settlement 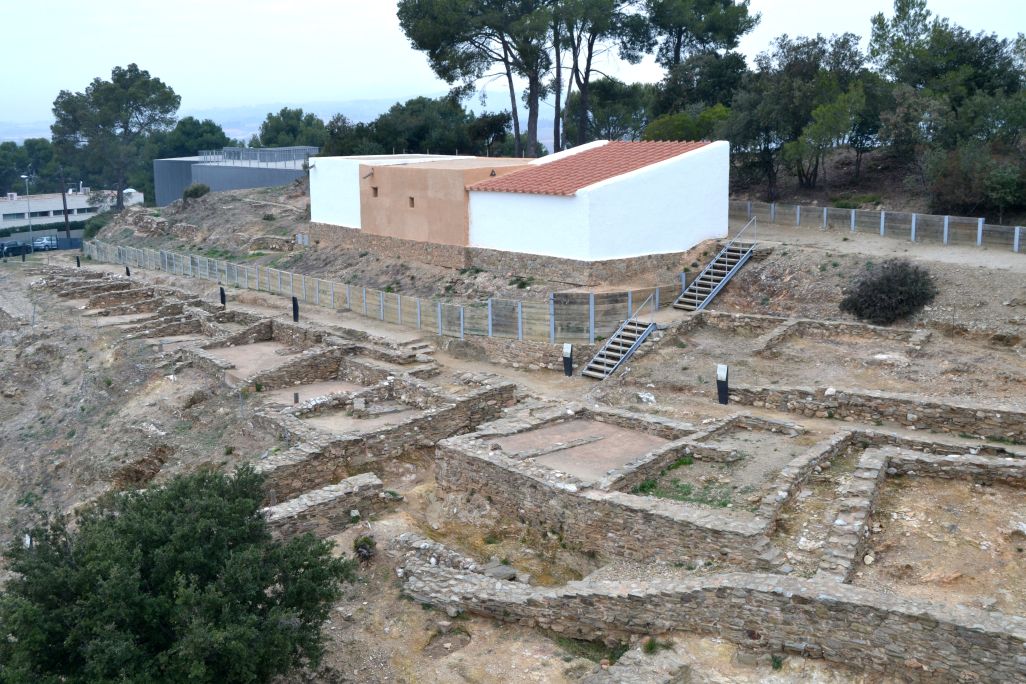 Aerial view of the site and reconstructed buildings.

The site of Ca n'Oliver is a large settlement situated on a hill in the Serra de Collserola, which was inhabited between the 6th and 1st centuries BC.

The visit begins at the entrance gate to the settlement. Before entering, visitors maycontemplate the settlement’s defence system, formed by a discontinuous moat and towers, and a large field of silos.

Once inside and following the main street, to the left we see the settlement’s urban layout, with rows of semi-detached houses that adapt to the contour of the hill, and various houses from the three major phases of the settlement.

Going back to the beginning of the street, we come across the remains of a metal workshop and other specialised areas. And beyond this, the excavation area, which is not yet open to visitors.

Climbing the wooden staircase, we reach three buildings that reproduce  two houses and a craft establishment, where some aspects of everyday life may be experienced. The first is a late Iberian home, with a Roman-style roof; the second, a four-roomed house from the Full Iberian period ; and the last, a metal workshop.

The tour ends at the north district, whence the strategic location of the settlement may be appreciated.

19. The site of the Ca n’Oliver Settlement 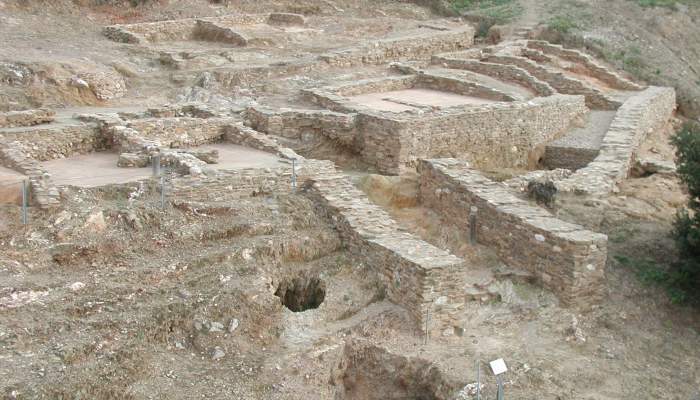 Gateway to the settlement

Gateway to the settlement 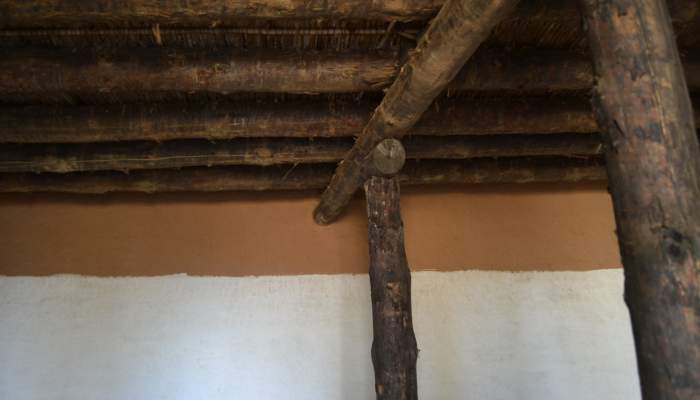 Roof of a house from the full

Roof of a house from the full Iberian period