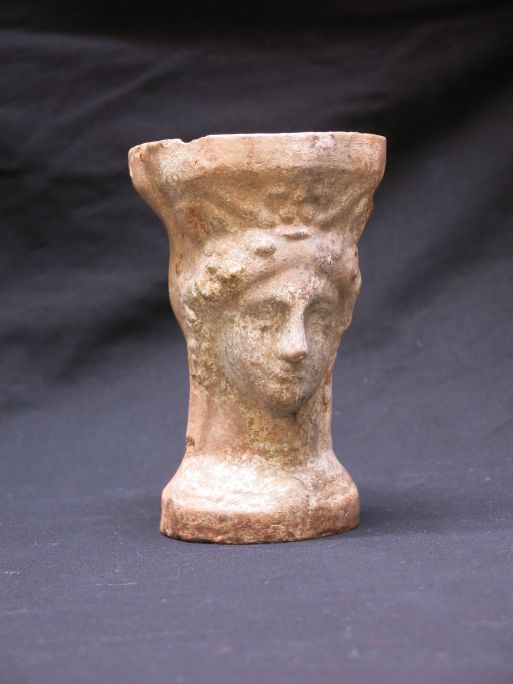 There is little evidence availaible about the peoples’ beliefs, but these thymaterions are an exception. These objects represent a female deity, related to the fertility of the seeds, as evidenced by the plant-related decoration that frames her face. She has often been identified as the Greek goddess Demeter, but her specific functions are not clear and are the subject of debate. It might be considered a perfume burner or a kind of small altar where ears of corn were placed.