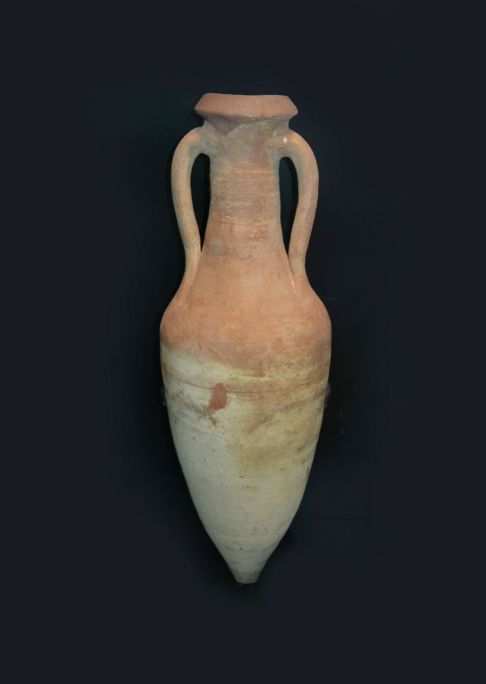 This type of amphora found at Ca n'Oliver marks the beginning of a major change in Laietània. It bears witness not only to the reorientation of trade towards the Italian Peninsula but also to the object of this trade. Although wine had hitherto been an imported product, as from the late Iberian period it became one of the most exported goods from the Iberian Peninsula, even though Laietània wine was not among the most prized, as we learn from the writings of some classical authors.