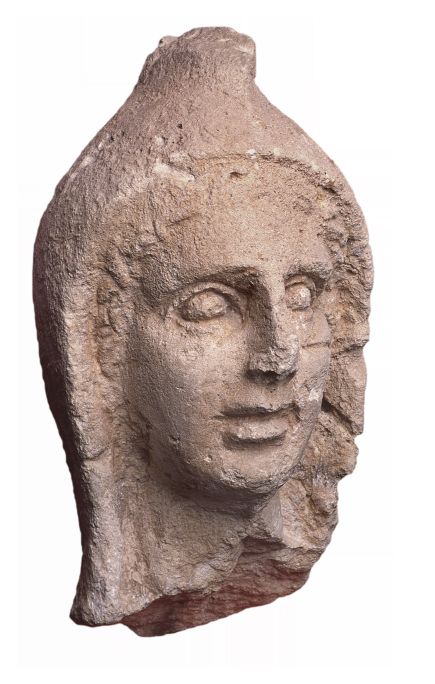 Fragment of a sculpture found in the Early Christian Necropolis depicting the god Attis, characterised by the common Phrygian cap. The representations of this god have symbolic-religious content and he was associated with protecting the dead and the resurrection thereof. The worship of this deity of Eastern origin is officially established since the time of the emperor Claudius, and throughout the Empire.