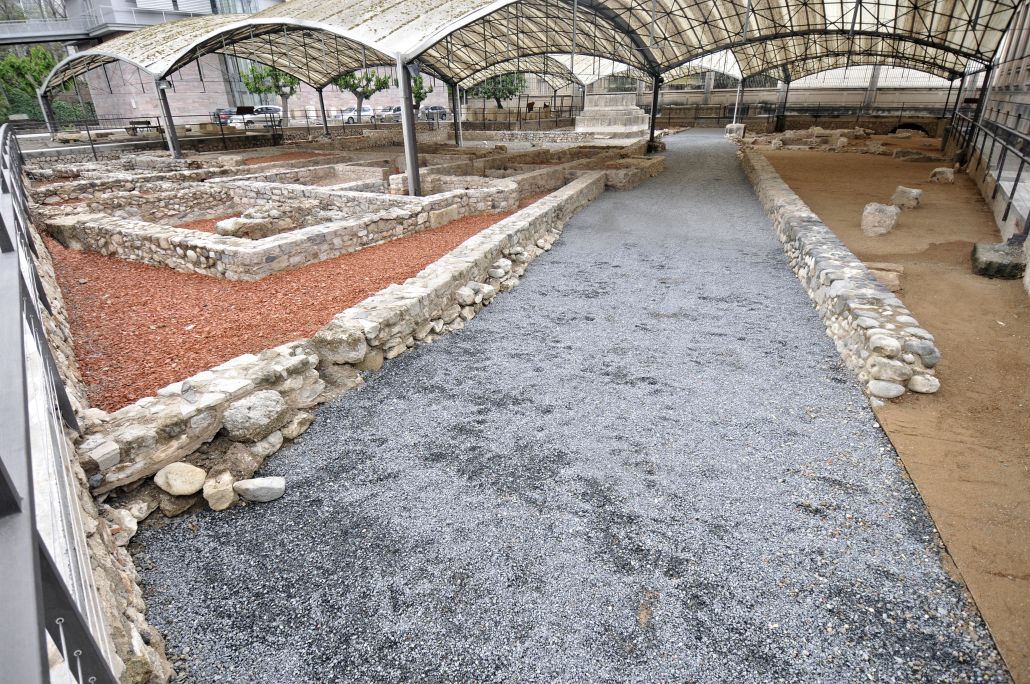 View of a sector of the archaeological site, with the productive area, the roadway and the funeral complex.

From this archaeological site preserved in situ, which stood on the outskirts of Tarraco, different uses (road, residential, productive and funereal) have been recorded from between the 1st century BC and the 7th century AD, organised around a dense road network that linked the city with the port. Preserved in this area are a stretch of road, remains of a suburban house (domus), productive infrastructures, a late-Roman mausoleum and part of an extensive cemetery, the Palaeo-Christian necropolis.

The discovery of a fragment of an epigraph suggests that this is where the mortal remains of martyrs Fructuosus, Augurius and Eulogius were deposited. In their memory, a basilica would have been raised here which constituted the centre of an extensive ecclesiastical complex that would last until the 7th century. Notable here is the rich typology of documented burials, from simple graves dug in the ground to monumental crypts such as those of Els Arcs and Els Enginyers. The most common are the tegulae and amphorae, although there are also coffins with ceramic elements, brickwork or stone, and sarcophagi of lead, stone or marble. 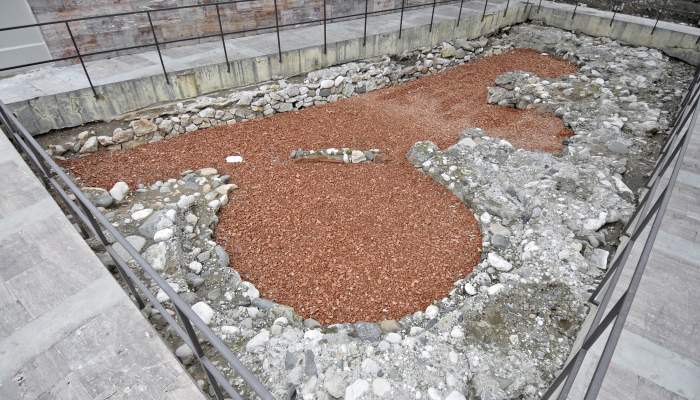 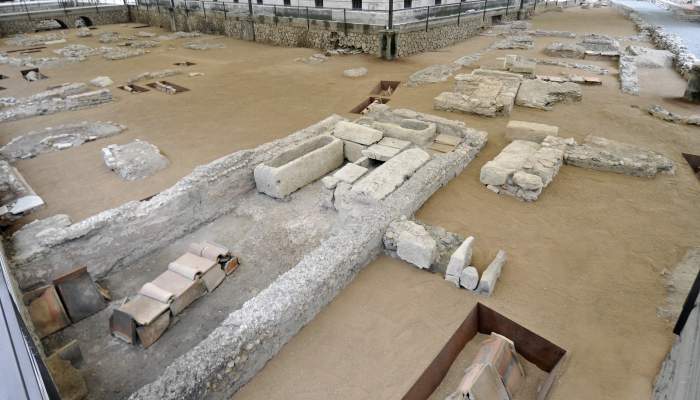 The Early Christian Necropolis and the Basilica Cemetery 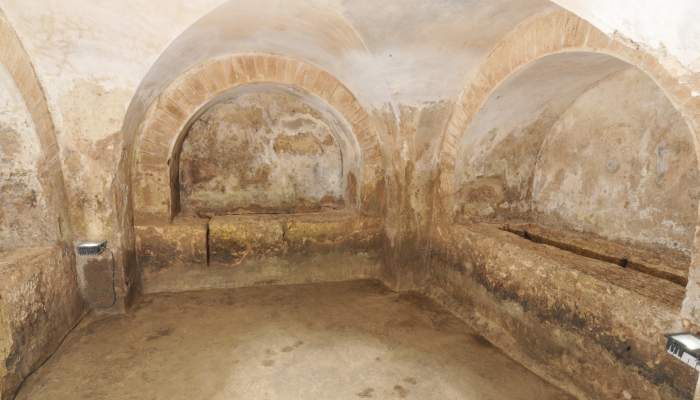 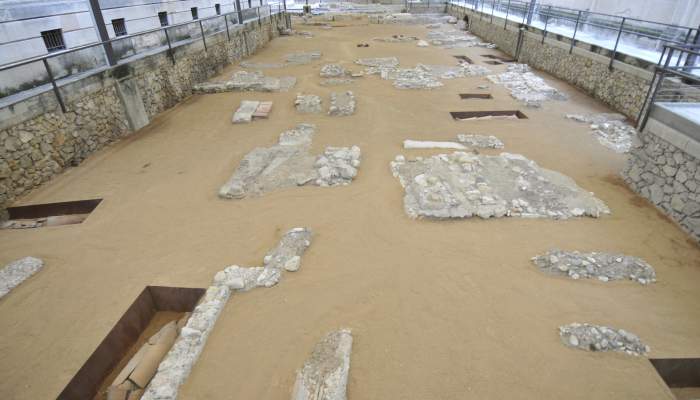 The Excavations undertaken by