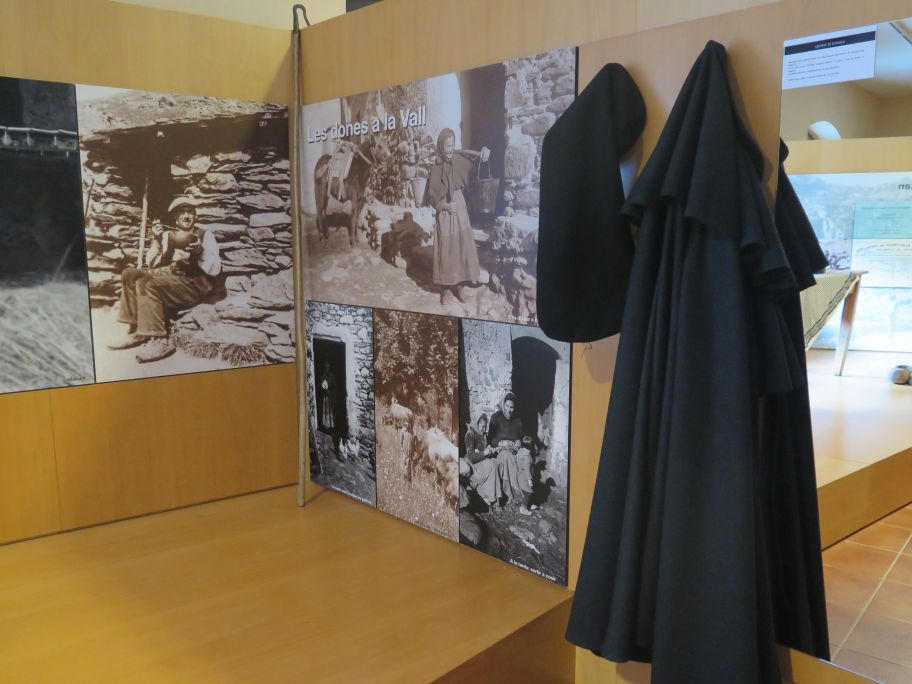 Traditional life: a cowherd in a summer dwelling called cabanya de Filià and women and children at their daily tasks.

In 1910 the 1,400 people of the Vall Fosca lived mainly from agriculture and livestock breeding.

It was around then that the water flowing from lakes in the high mountains through the rivers and streams at the head of the valley became of great interest to the makers of electricity. Rural life would be profoundly changed by the building works that would result in the hydroelectric complex of Capdella, and by the new people who came to the valley to carry them out, and by the habits, customs and languages they brought with them. The company which built the complex offered jobs to the locals, but few accepted because the working conditions were very hard and not very well paid, and they preferred to continue minding their herds of animals and taking them on their seasonal transhumance, or migration, to the south, where they grazed in winter on the plains of Urgell and Llitera.

While the men spent long periods away with the livestock, women were in charge of all aspects of daily life at home: tending gardens, feeding and caring for farmyard animals such as hens, pigs and rabbits, cooking the food, and looking after the house and the children.

The power station building works brought modernity to the Vall Fosca: roads were built, electricity, telegraph, and later, telephone services were installed, young people were able to get steady jobs with regular wages, and in many other ways people’s lives were undoubtedly improved.

In this room we have recreated the interior of a typical house of the valley. The clothes in the wardrobe are for visitors to dress up in to get a feel of how it was in those far-off times. 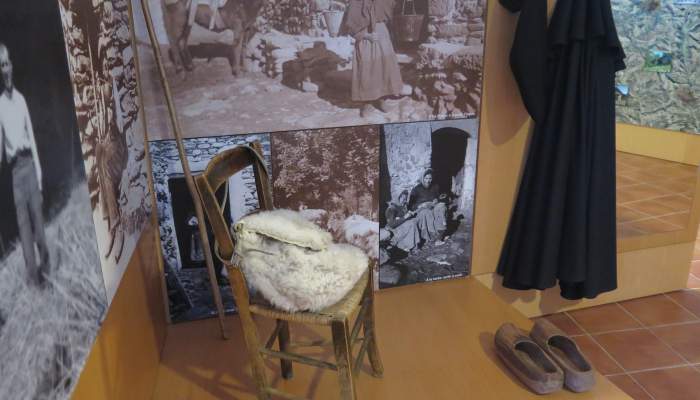