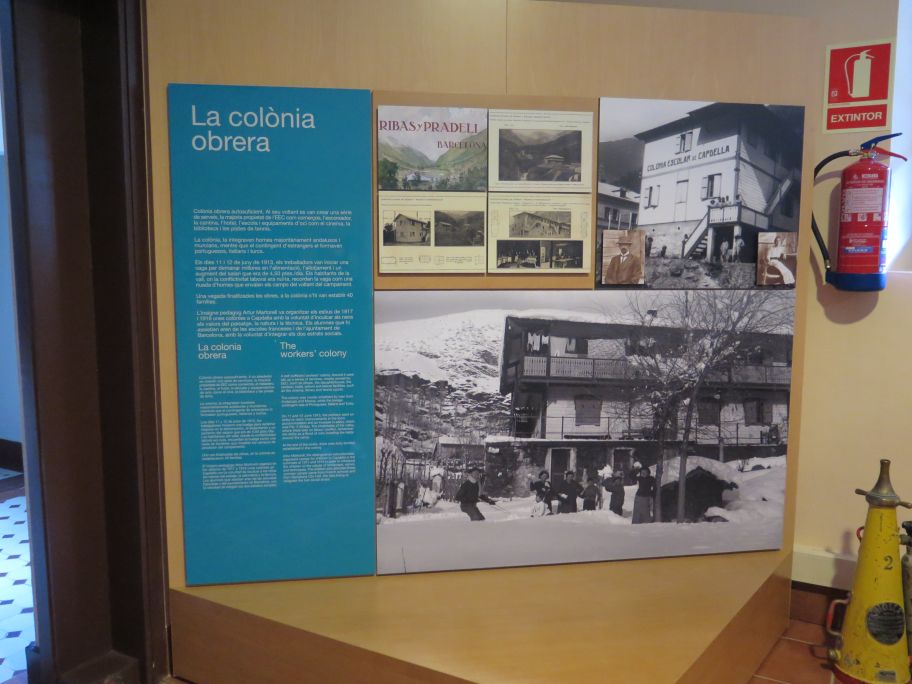 The workers community became a town: the Capdella power station. The urban nucleus of Molinos increased considerably in size.

In 1941 the FECSA company became owner of all of the power stations in the Vall Fosca: the auxiliary station at Capdella and the ones in Capdella, Molinos and La Plana de Mont-ros.

In Molinos, the company refurbished the transformer building to convert it into a children's activity centre. The cinema and accommodation for the staff responsible for the centre (cooks, monitors, maintenance staff, etc.) were housed in the adjoining building.

On the promenade opposite the buildings a games area with a swimming pool was constructed.

The Molinos centre was created in 1956 and remained in use until 1993. During the months of July and August over 500 boys and girls, children of FESCA workers, attended the centre. They were given a suitcase with clothes and everything they needed for a fortnight's stay there. Everything was labelled with the company logo.

It was not the usual summer camp concept as we know it today, given that their clothes were washed and meals were made for them.  Indeed, it was more like a holiday resort than a summer camp.

In the beginning, boys and girls went to the camp separately, but by the end it had become mixed. 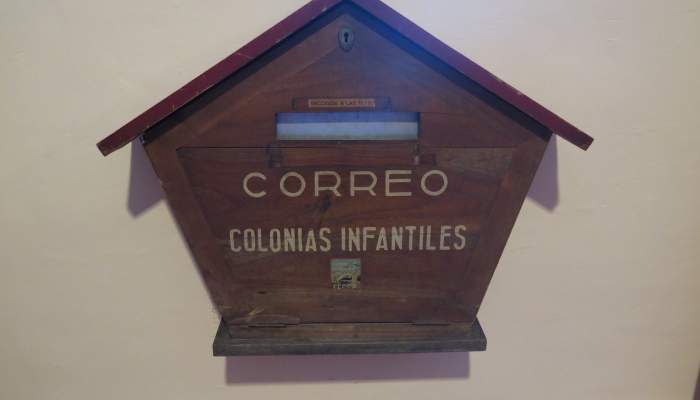