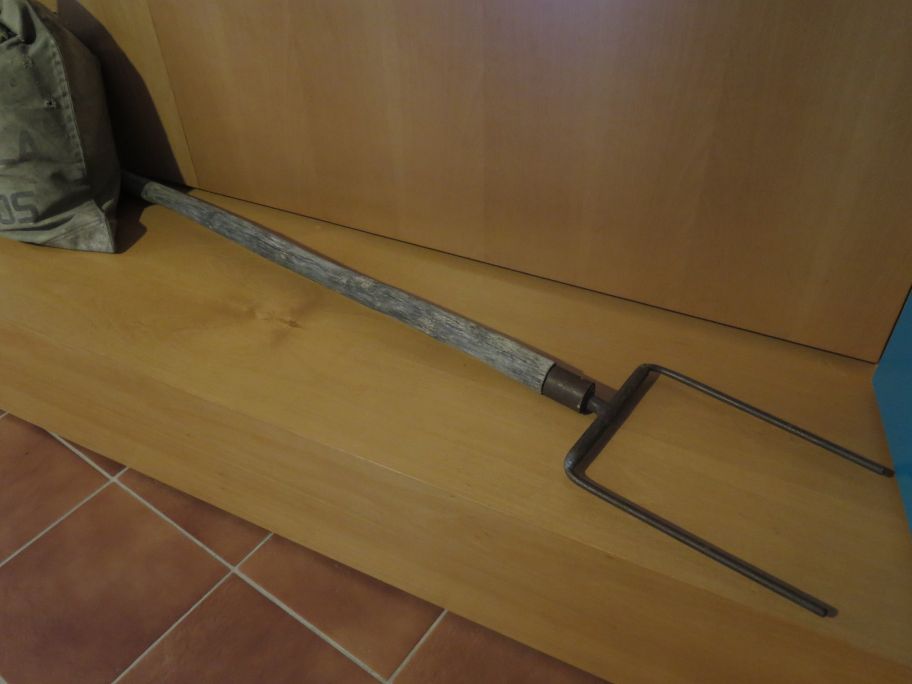 This fork-shaped tool was the equivalent, in its day, of a primitive telegraph system, because it allowed two people to communicate with one another from a distance according to a previously arranged code. The funicular was dragged up the slope by a steel rope wound by an engine at the higher station. If he had something to communicate the onboard driver used the two iron spikes to touch the cables running parallel to the track, thus closing an electrical circuit and ringing a bell at the upper station, so the operator there knew what to do: one loud ring meant ‘stopping’, two meant ‘going down‘ and three meant ‘going up’.

This station to station messaging service was indispensable to the safe operation of the funicular.