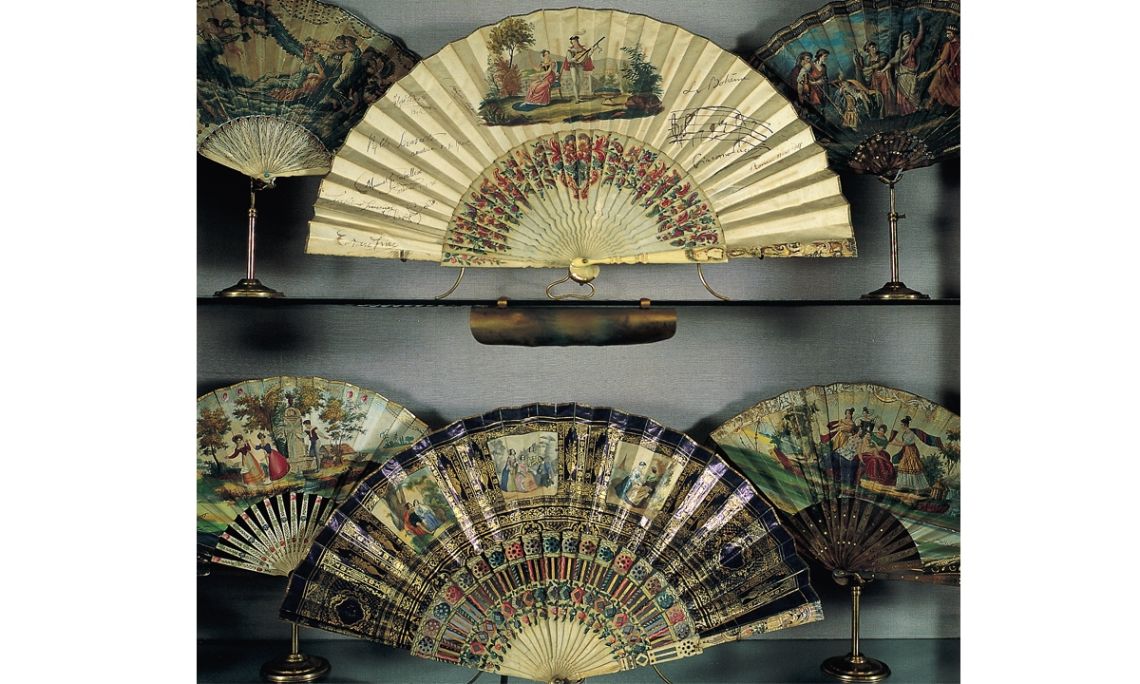 Fan collection made up of more than 300 fans, dating from the eighteenth to the twentieth century.  © Museu Frederic Marès. Photo: Antoni Lerma

Over 300 fans are shown in this gallery, a testimony to the diversity of forms, materials and techniques of such objects, highlighting the thematic variety of what they depict as well: mythology, allegory, decoration, as well as popular and commemorative themes. An example of this latter are the fans produced for the wedding of Fernando VII and his last wife, María Cristina de Nápoles, held in 1829, as well as the fans produced for the Universal Expositions held in London, in 1851, and Paris, in 1900.