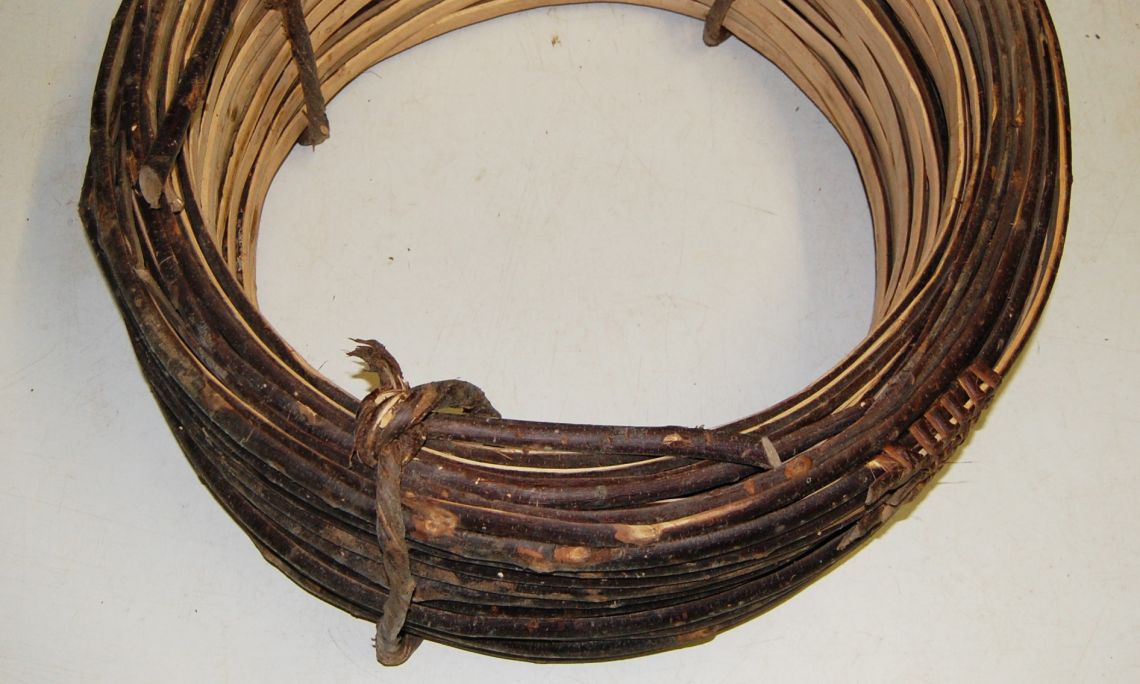 Chestnut branches tied together in a circular bundle. Rodell was the name of the bundle used to transport chestnut branches to be used to make containers or wooden barrels. Rodells gave their name to the job of roder, a widespread occupation in the woods on the areas called Selva de muntanya (Montseny-Guilleries) and in the low mountains (Montnegre). A roder was a forester who worked with chestnut trees, and who in the early 20th century organized themselves at a claiming level by syndicates and unions of roders.