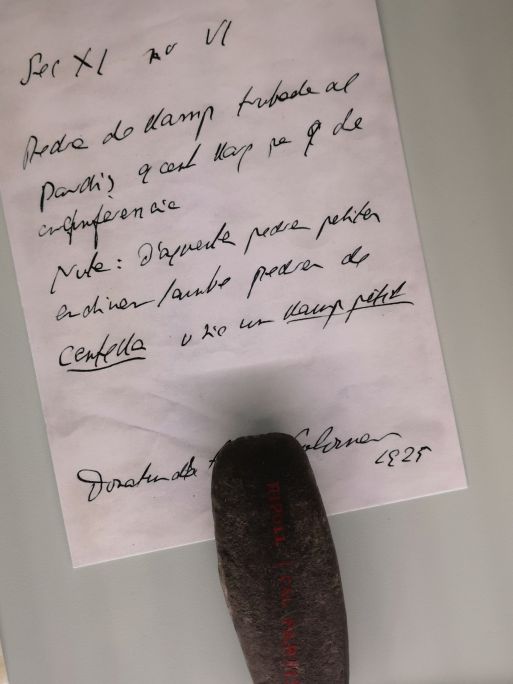 In the second decade of the 20th century, a nucleus of scholars was formed here later becoming the Grup de folkloristes de Ripoll (Ripoll Folklore Group). With patriotic enthusiasm and a love for ethnography, they consolidated a task of collecting objects and intangible heritage (songs, customs, legends, proverbs, riddles, popular sayings...), culminating in 1929 in the establishment of the Ripoll Folklore Archive Museum. The man behind the movement was Rossend Serra i Pagès and the founder was Tomàs Raguer i Fossas, backed mainly by Ramir Mirapeix i Pagès, Zenon Puig i Sala, Fr. Josep Raguer i Carbonell and Lluís Vaquer i Clapera. The publishing activity of Daniel Maideu i Auguet, with Ripoll publications such as El Catllar o Scriptorium, helped, helped to encourage it and the documentary testimony of Salvador Vilarrasa i Vall (author of the books La vida dels pastors and La vida a pagès) was a happy consequence. Agustí Casanova i Marquet continued this initiative. In the ‘50s, Eudald Graells i Puig applied new criteria to the museum, including ironworking in the county and the firearms of Ripoll and giving the museum the breadth and character that made it stand out.