The slaughter of the pig 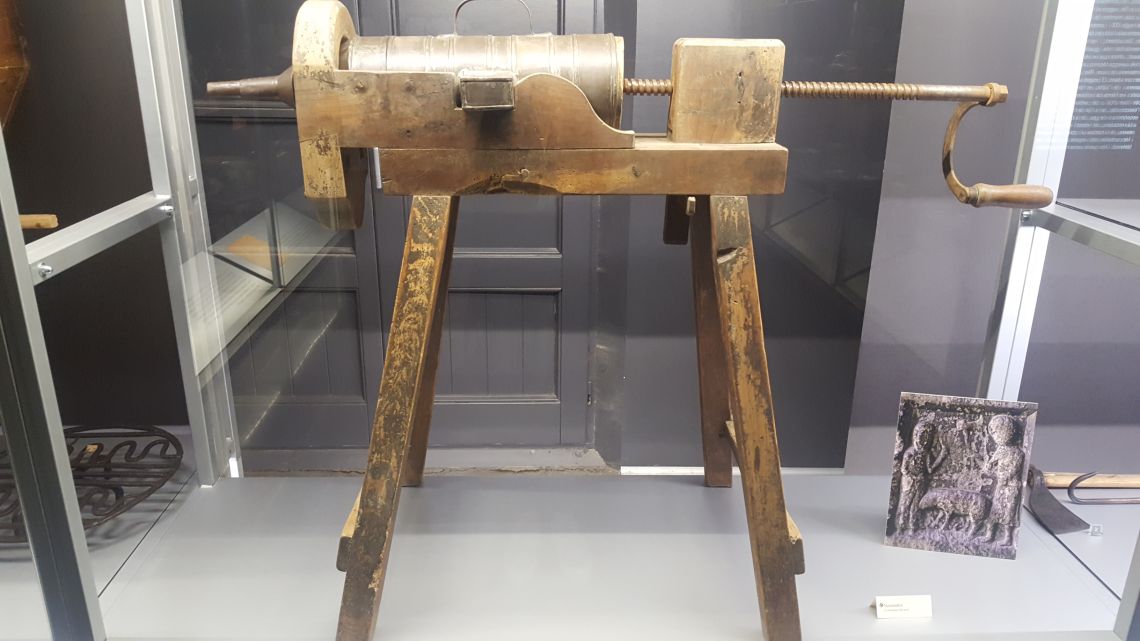 When January arrived, the time came to slaughter the pig. Early in the morning, after breakfast and having drunk a glass of barreja (a mixture of liqueur and wine) the slaughterer cut the animal’s throat. The mocadera collected the blood in a cauldron and began to scorch the beast on the bench with a broom wood fire or scald it in boiling water. Once skinned, it was weight with the balance, its head and trotters were cut off, and it was opened, emptied and cut into pieces. The mocadera cleaned out the intestines, leaving them ready to serve as skins for botifarra and llonganissa sausages. Preserved with plenty of salt, ham and bacon would accompany many meals throughout the year.

12. Pigs to the slaughter