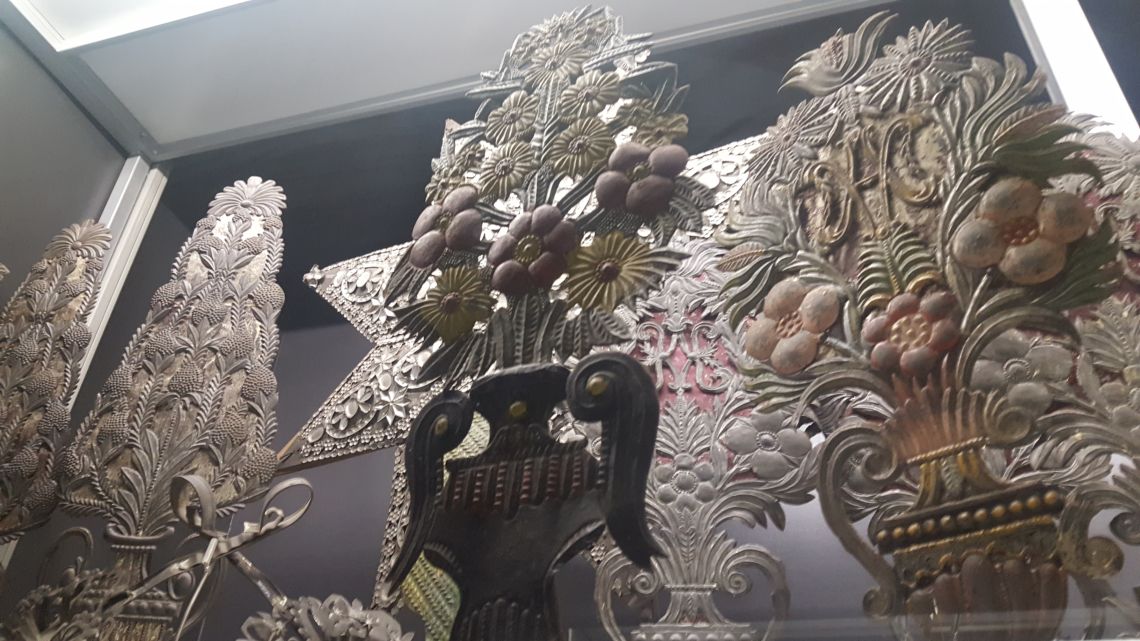 Recipients made of tin were commonly used in the home and in shops until the appearance and generalised adoption of plastics in the 1960s. The large variety of shapes and volumes made them ideal for storing not only food, but many other products. Tin makers worked with a sheet of metal on which they marked the shape of the piece, which was then cut out, smoothed down and soldered. This required great skill because these receptacles were often used to measure liquids such as milk, oil and wine or cereals. Another of the tin maker's tasks was to produce oil and petrol lamps and lanterns, as well as metal spinning, to produce ornamental items, mainly of a religious nature, intended for chapels and shrines. An example of this might be the flower statuettes used to decorate church altars during times of the year when there were no fresh flowers, the equivalent, perhaps, of today's artificial flowers.