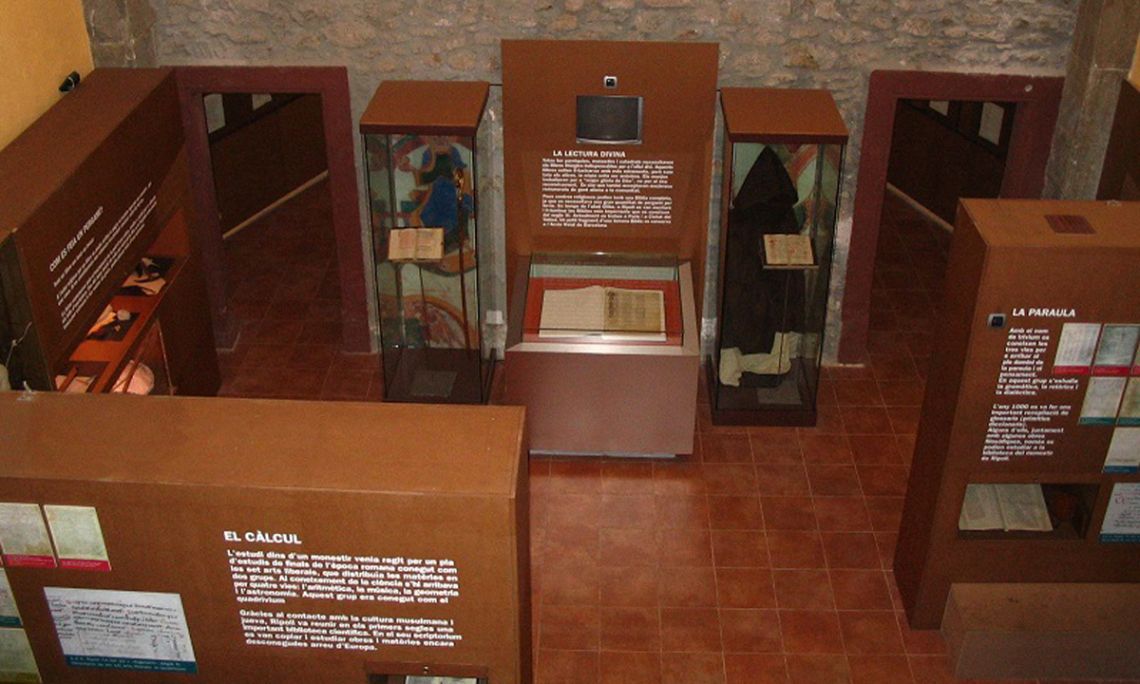 Inside the Ripoll Scriptorium exhibition.

What was the scriptorium used for 1000 years ago?

The scriptorium of Santa Maria de Ripoll left a legacy of old manuscripts from the 10th, 11th and 12th centuries, some of the most important manuscripts in Europe in palaeographic, textual and artistic terms. A considerable part of these manuscripts have been lost over time; the codices are mostly preserved in the Archive of the Crown of Aragon, although they will be sent to the National Library in Paris and the Vatican Apostolic Library so that the two large handwritten bibles, written in the 11th century in the Santa Maria monastery, may be studied.

What is the scriptorium in Ripoll used for today?

The Ripoll scriptorium is a permanent exhibition, which is interactive and educational, and offers visitors the possibility to find out more about the cultural history of the population and the importance of Santa Maria de Ripoll in the 10th and 12th centuries, as it became one of the most important centres in Europe for producing and copying manuscripts. But the experience does not end here, and all visitors, whether large or small, can learn how parchment is made, how to write with a goose feather, and how to bind a medieval codex. The most important thing is that, after your visit, you can make become a monk scribe yourself, putting everything you have learned during the exhibition into practise and meticulously reproducing the process of creating a codex.