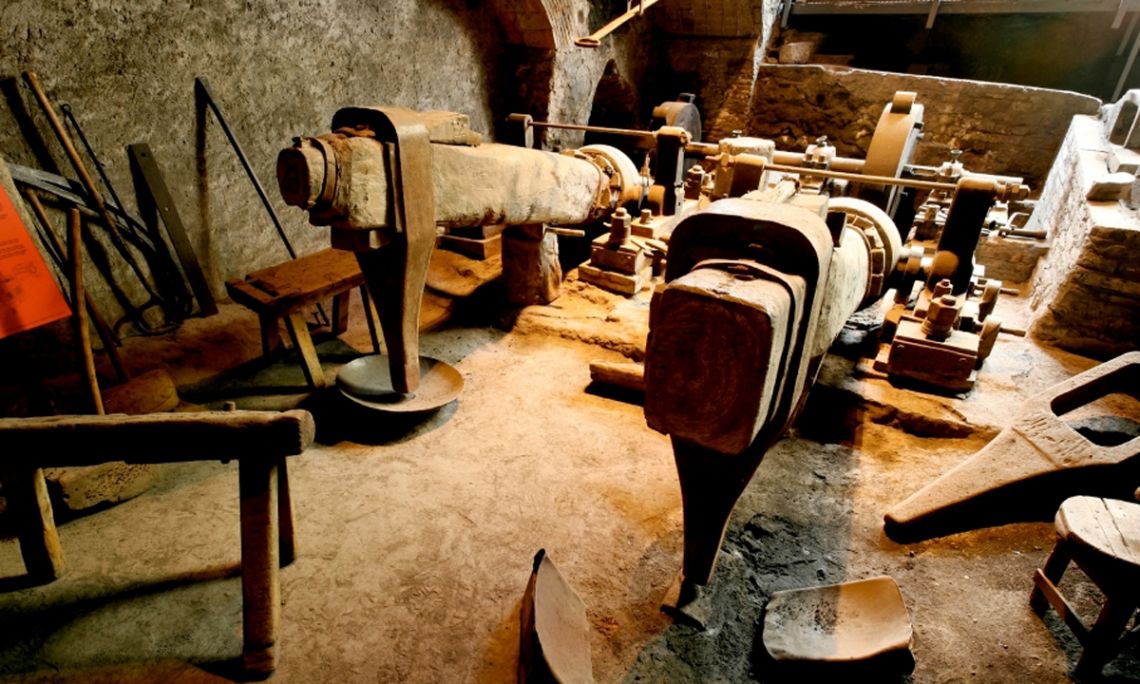 The inside of the Palau Forge in Ripoll.

The Palau Forge in Ripoll was founded as an iron forge in the 17th century, and it continued to run until it closed in 1978. It is located within a block of flats that were used as homes. The ground floor is occupied by the forge, with water pipes, hammers, coal, the furnace and the forge. Separated from the workshop is the waterwheel, with a ditch and pond used to store water from the river Freser to rotate the wheel and generate a continuous stream of wind that gave its name to the method used in the Catalan forge. Besides being the only forge in Catalonia, and perhaps in Spain, that still made pieces of copper until the second half of the 20th century, the most unique features of the Palau Forge are the two hammers, with metal pads, elm handles and a steel head.

Once or twice a month the furnace was lit and the metal, scrap copper, was melted down. Each batch was cast or forged with the castings, which were then reheating over the furnace so they became ductile, and they were then struck with the mallets until they had the desired shape. When making a large batch, the process of reheating, cooling with water and hammering had to be repeated twenty times.

It has now been restored and you can visit and learn more about the facilities and how they work.