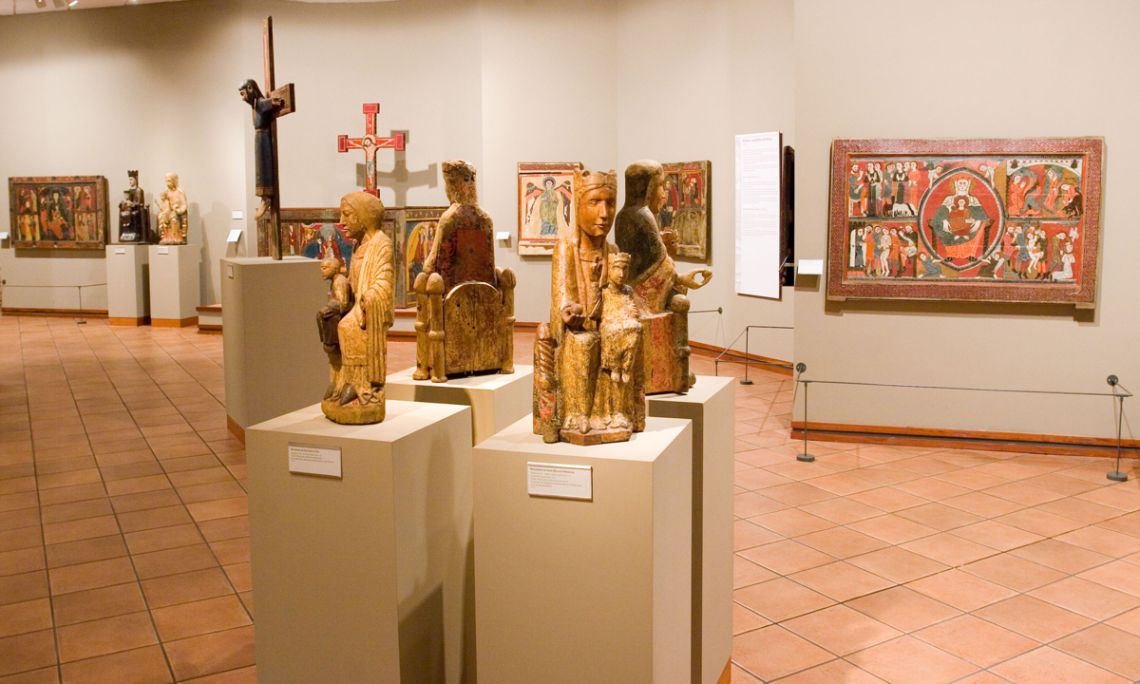 The Romanesque painting and sculpture room of the Vic Episcopal Museum

The collection of Romanesque art, one of the most important in the world, consists of examples of both primitive liturgical items and Catalan art of the period. Especially notable are the 12th century altar fronts of Sant Martí de Puigbò, Sant Andreu de Sagàs, Santa Maria del Coll, Santa Margarida de Vila-seca and Sant Vicenç d’Espinelves, which reveal the changes in style and iconography of Catalan art from this period. Equally outstanding are the mural paintings from the churches of Sant Martí del Brull and Sant Sadurní d’Osormort, displayed in reproductions of the original architecture of their apses, and the Baldachin of Ribes, considered to be masterpieces of Catalan Romanesque painting. Romanesque wooden sculpture is also well represented in its stylistic and iconographic variations. There are a number of figures of the Virgin and Child, and some of the most outstanding representations of Christ in Majesty from the 12th century. The Romanesque sculptural group of the Descent from the Cross from Santa Eulàlia d’Erill la Vall is unique in Europe and widely considered the masterpiece of 12th century Catalan religious imagery. 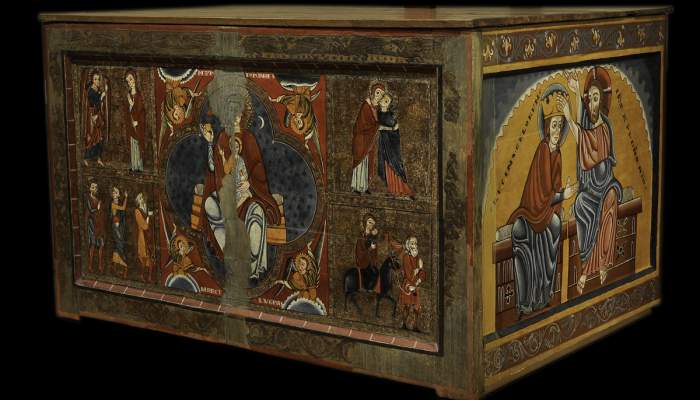 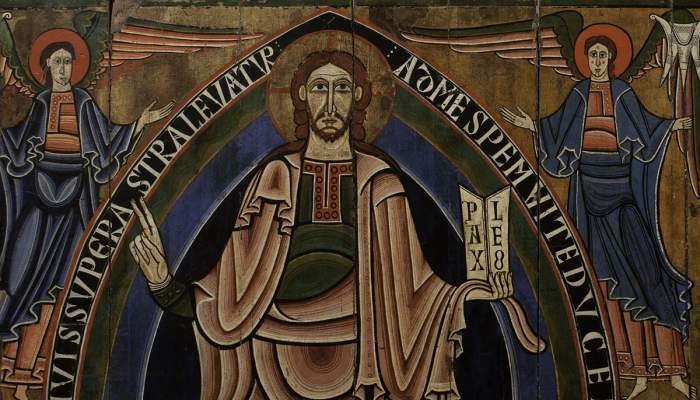 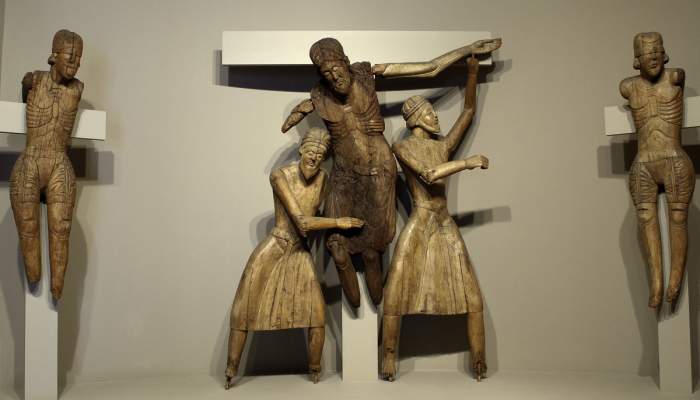