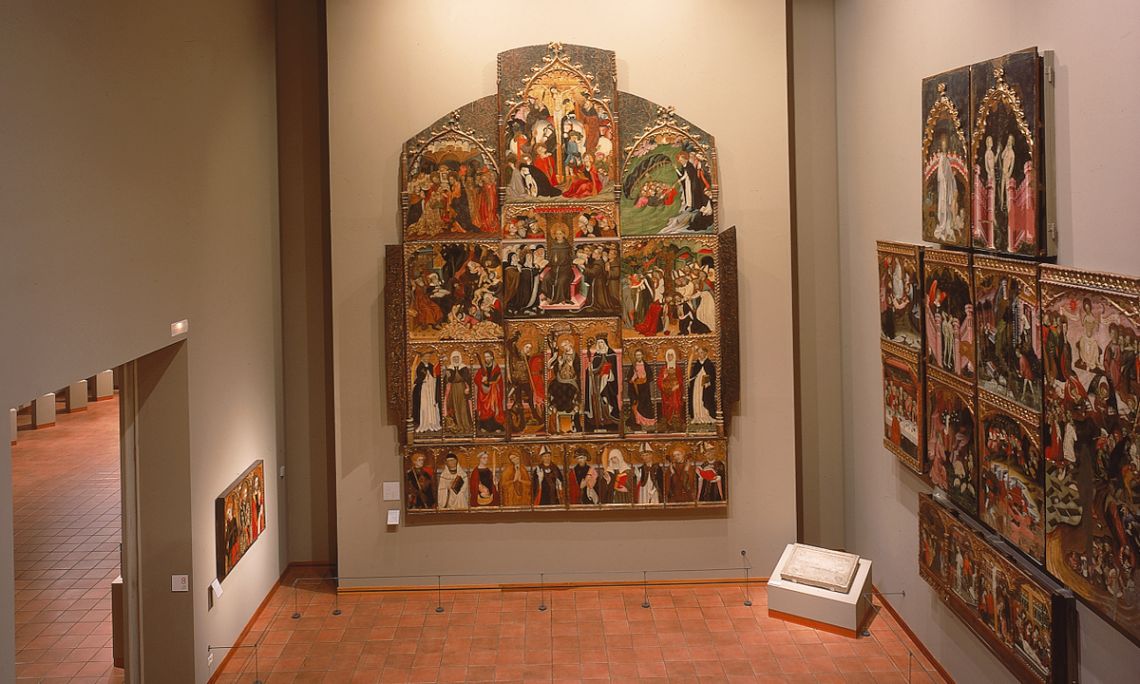 Catalan Gothic art at the MEV includes excellent work from each of its stages.

The collection of Gothic painting from the 14th and 15th centuriesembraces the earliest linear Gothic works from the start of the 14th century, the Italo-Gothic style of the mid- 14th century and the International Gothic style of the 15th century. The linear influence of French art is apparent in the panels of Soriguerola. The italianate influence can be noted from the 1330s onwards, in works linked to the Bassa family. The early International Gothic style is represented in works by Jaume Cabrera and Joan Mates, and especially in the magnificent altarpieces of the Convent of Santa Clara by Lluís Borrassà, and from Guimerà, by Ramon de Mur (the best Catalan painters of the time), exhibited in a space that recalls the patio of a Gothic building.

The Gothic sculpture of the 14th century is a collection of Virgins and Christs in wood, stone and alabaster. Highlights include the alabaster altarpiece from Sant Joan de les Abadesses by Bernat Saulet; the Virgin and child of Boixadors, one of the masterpieces of Catalan Gothic sculpture from the period, and others that may be attributed to such renowned figures as Pere Oller. 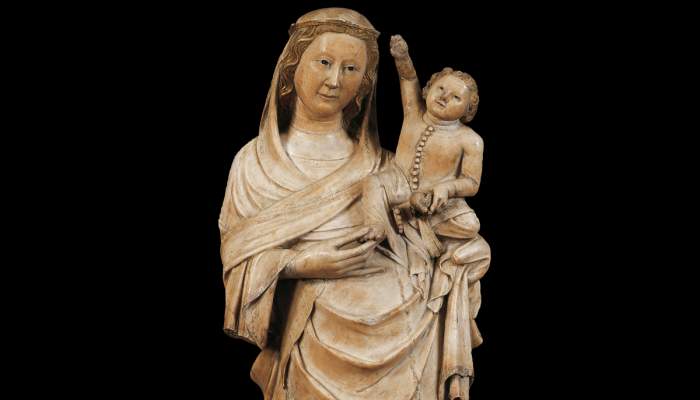 The Virgin of Boixadors

The Virgin of Boixadors 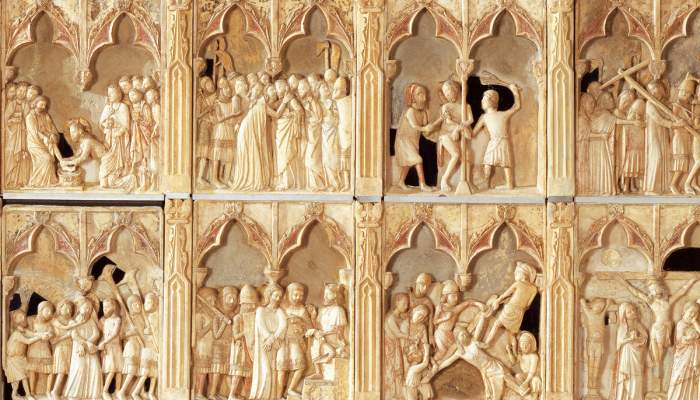 The Altarpiece by Bernat Saule

The Altarpiece by Bernat Saulet 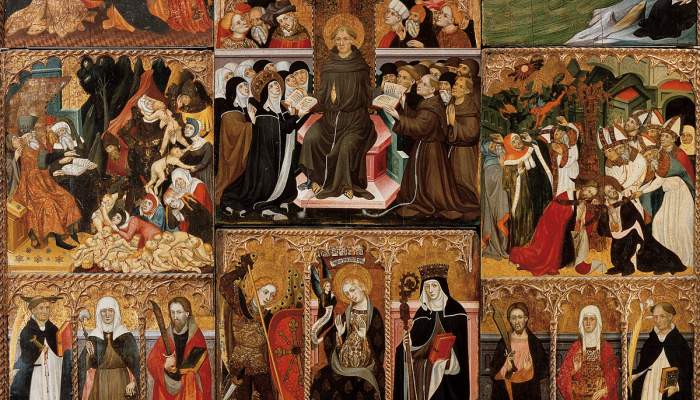