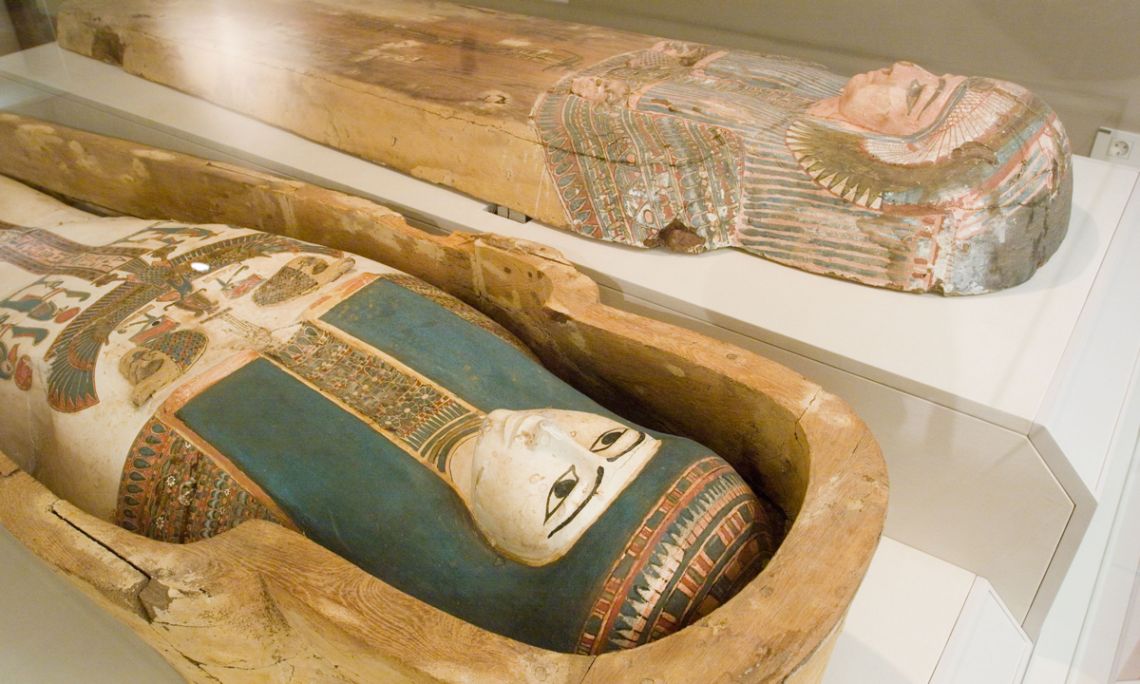 Mummy and sarcophagus of the singer of Amon Nadegaubastisred, 945-715 BC

The sarcophagus has two parts: the box for the mummy and the cover with the idealised features of the deceased. The head is covered by a weighty headpiece over which the falcon Horus spreads its wings as protection. The mummy wears a large necklace called an usekh. The vertical text is a prayer in hieroglyphics to the god of the dead, Osiris. The cover consists of several layers of linen and plaster, the last of which is painted and decorated with religious motifs.