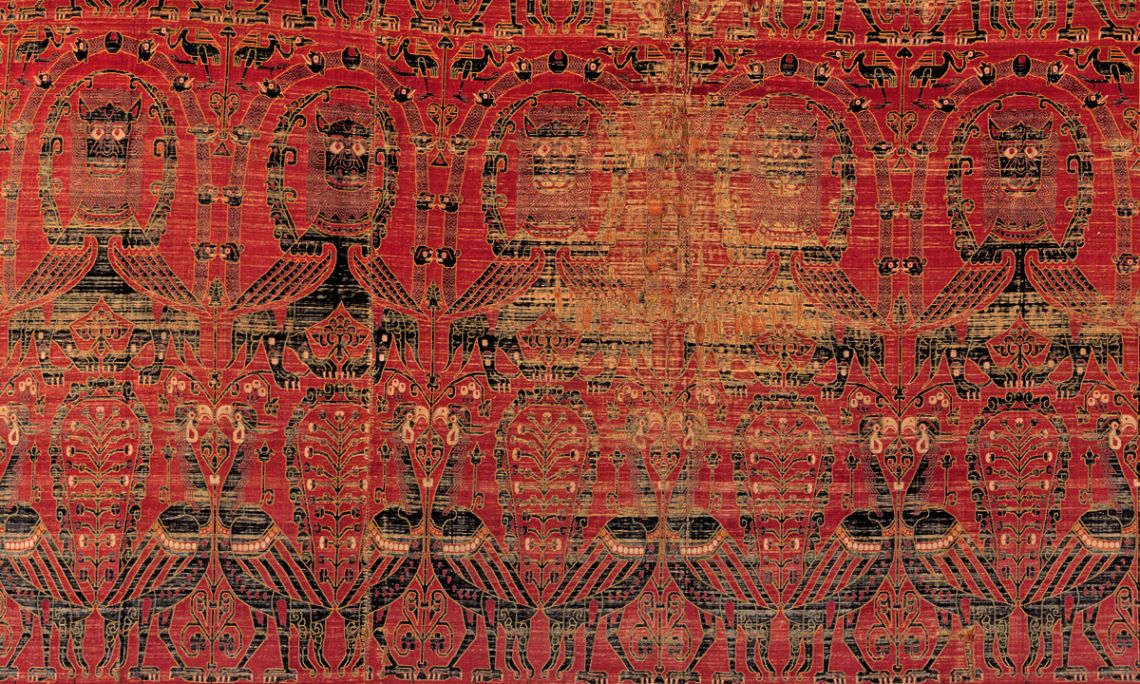 This “Witches’ cloth” is a piece of material on a wooden frame which for centuries served as the frontal of an altar. It has two alternate decorative bands. The bottom design, which is repeated along the top of the piece, shows pairs of peacocks separated by the elm or the tree of life. The central band shows pairs of mythical animals. Their two heads together give the appearance of a face both human and bestial, which is presumably why the cloth has received this name. It is one of a group of textiles from the Hispano-Arabic world of the 11th and 12th centuries which used the same technique, the same colours and the same decoration.