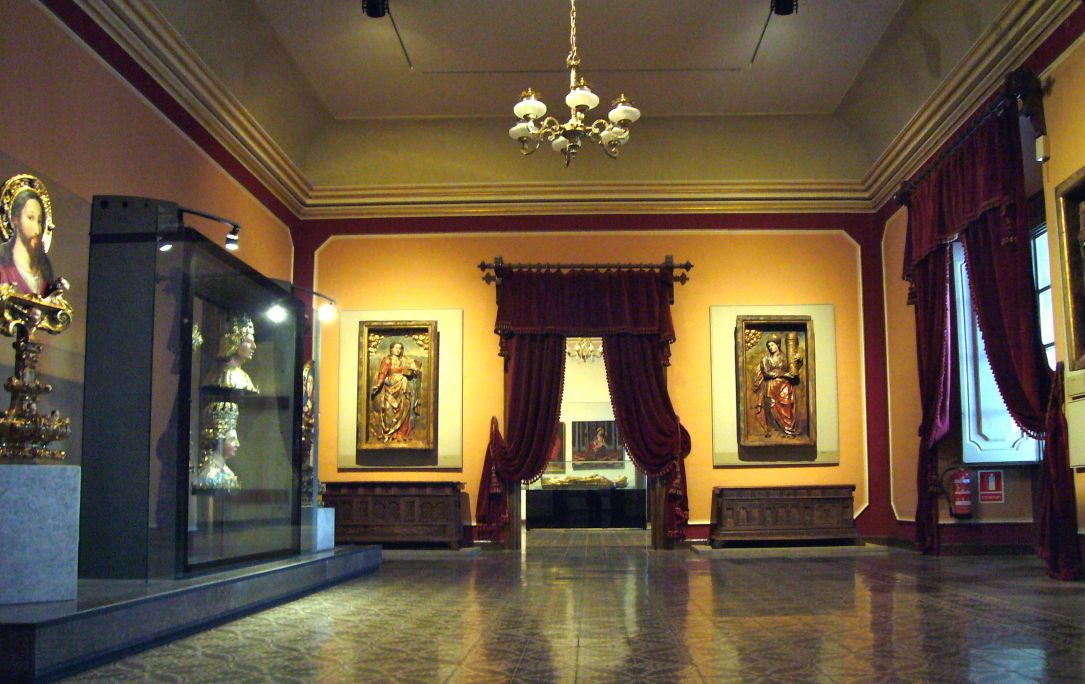 General view of the Red Hall.

The display of the museum’s art collection from the Renaissance, Baroque and the 19th century is comprised of a range of works scattered around three halls. These halls, which were restored when the museum was refurbished in 1989, evoke the time of the construction of the Episcopal Palace and at the same time recreate its atmosphere.

The middle room, which is known as the Red Hall, displays four reliefs from Sant Miquel de Cardona, with the figures of an unidentified saint, Saint Barbara, Saint Benedict (?) and Saint Lawrence, and two bridal trousseau trunks from the 18th century. The central display case shows part of the treasure from Solsona cathedral: the processional cross made of gold-plated silver and the reliquary busts of Saint Sebastian and Saint Ursula given to the museum in 1989 by the Solsona cathedral chapterhouse. It also displays two cloths with the figures of Christ and the Mother of God from the Ensenyança Convent in Solsona. The exhibition in this room is completed with two tapestries, one from Solsona Episcopal Palace depicting the figures of Saint Cosme and Saint Damian, and the other, also from Solsona, which depicts the scene of the Visitation. 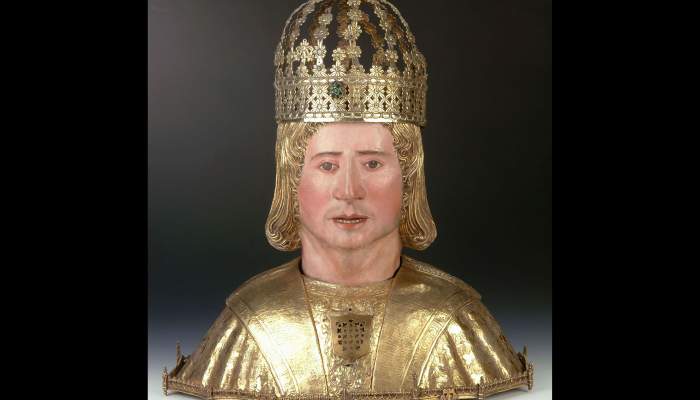