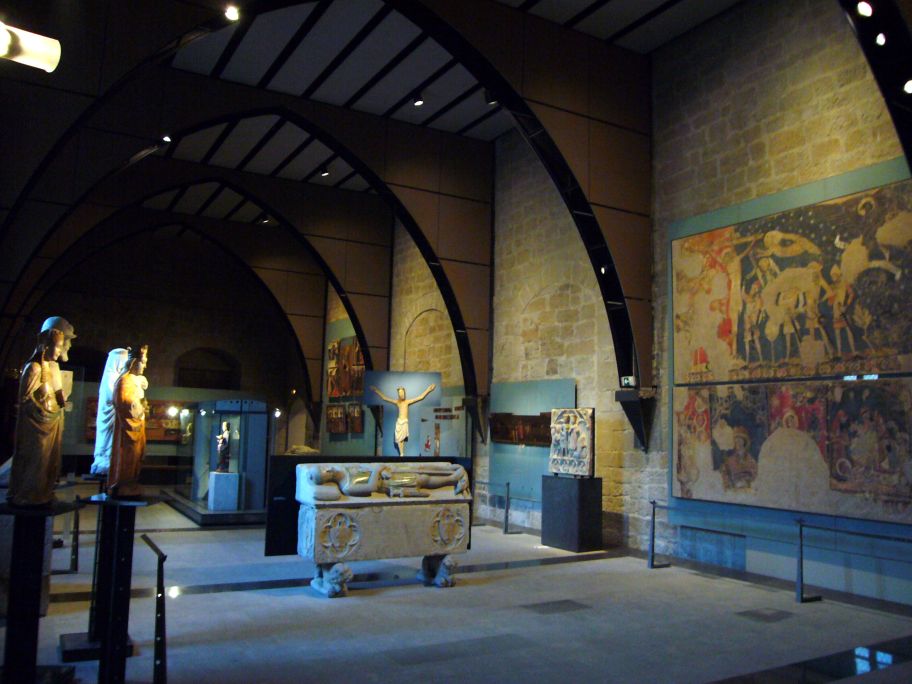 Our Gothic art collection is housed in what was once the monks’ dormitory of the monastery of Santa Maria de Solsona. This fine space was added to the museum when it was remodelled in the late1980s.

At the end of the eighteenth century, when the Bishop’s Palace was extended, this enormous room became the throne room and the bishop’s private chambers. Works from the thirteenth, fourteenth and fifteenth centuries are now exhibited here. Of the two sets of frescoes, the most remarkable is the funerary ensemble from the church of Sant Pau in Casserres, with its depictions of angels beholding the Last Judgement. The room contains a number of ossuaries, where the bones of the dead were stowed, and a few stone sarcophagi, such as the one which was the last resting place of the knight Hug de Copons. There are several fragments of an altarpiece, among which is a predella of the Last Supper.

The lamp of Flemish origin from the middle of the fifteenth century is a rare example of such artefacts, which are not widely known. Images of the Virgin Mary and the saints, and items which would have been used in the liturgy, complete the exhibits in this room. 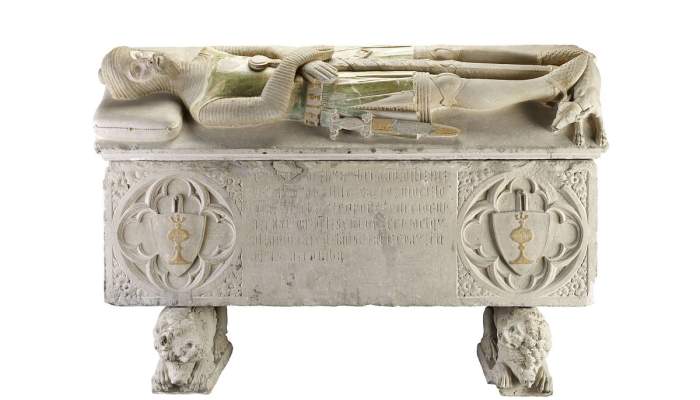 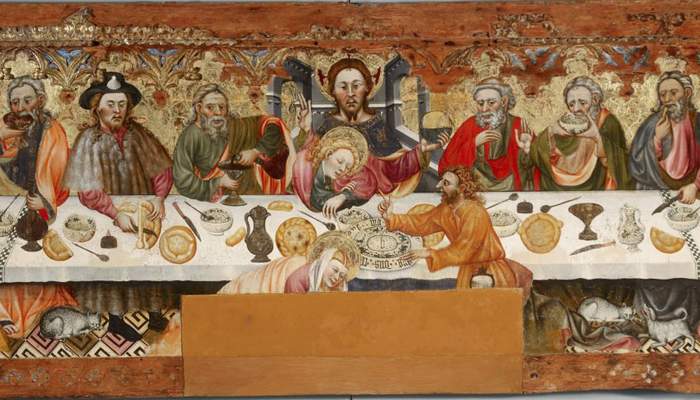