Part of the museum’s art collection from the Renaissance period is to be found in one of the rooms that were refurbished in 1989, whose decor recalls the time when the Bishop’s Palace was extended at the end of the sixteenth century. In this room there are four fragments of a sixteenth-century altarpiece that was made from two different altarpieces carved and painted by the same artist, who is known to us as the Mestre, or Master, of the Dormició de Solsona, which shows the Blessed Virgin falling asleep, but not physically dying, before her assumption into heaven. In this room there is also an outstanding seventeenth century polychrome display cabinet from one of the oldest pharmacies in Catalonia, the Pallarès Pharmacy of Solsona, with its eighteenth-century mortar and pestle. There is also a Cretan icon with western, rather than Byzantine, features, a processional cross, a wooden sculpture of the Virgin resting, an alabaster relief of the Pietà, or taking down of Jesus from the cross, and a seventeenth-century altar frontal from the church of Sant Martí in Riner. 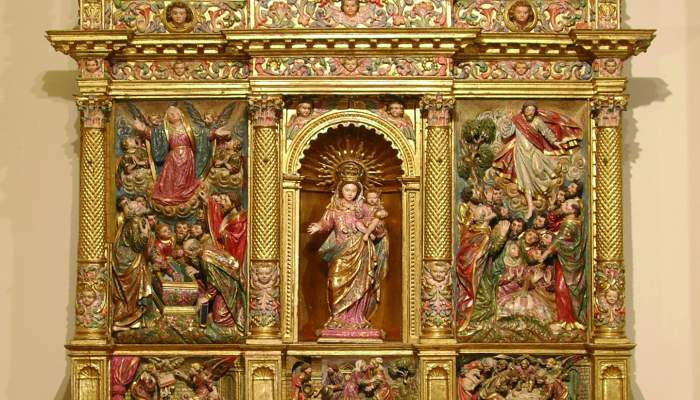 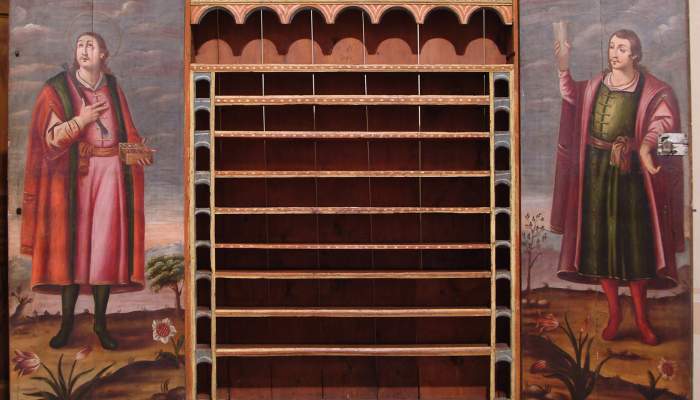