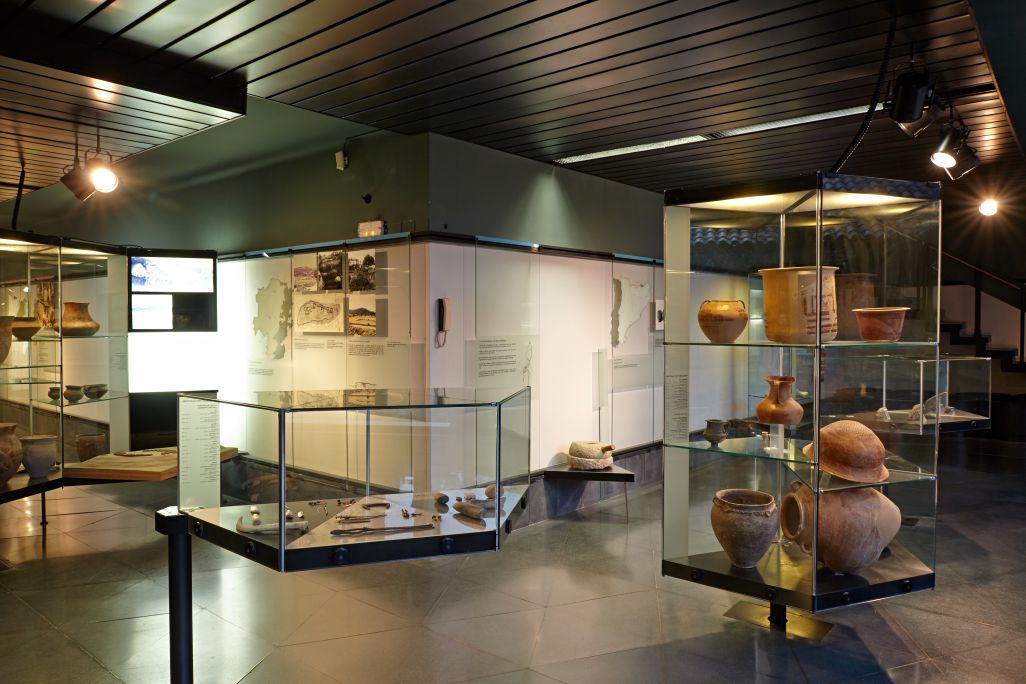 General view of the Protohistory Room situated over the cloisters of Solsona cathedral.

The objects come from the excavations in the villages of Sant Miquel de Sorba (Montmajor), Anseresa (Olius) and Castellvell (Olius).

Different objects from the protohistoric period from the excavations made in the three villages can be observed in the different cases. They include a wide range of tools and weapons made from iron, stone and bone, as well as loom weights and a rebuilt spindle. In one of the cases, there is a varied collection of different kinds of hand-made and spun ceramics with Iberian painted decorations, as well as toys.

On one side there is a rotating mill that was used to grind grain. Fragments of table crockery can also be seen, incised with Iberian alphabetic symbols, along with two pottery plates or antefixes decorated with indigenous female faces. Iberian coins, personal ornaments and animal remains complete the space devoted to the Pre-Roman peoples. 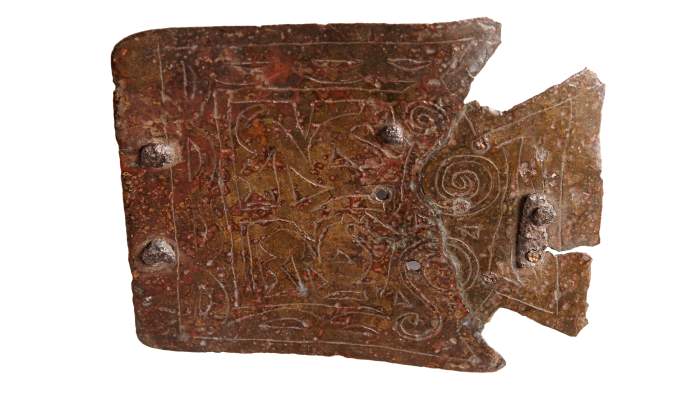