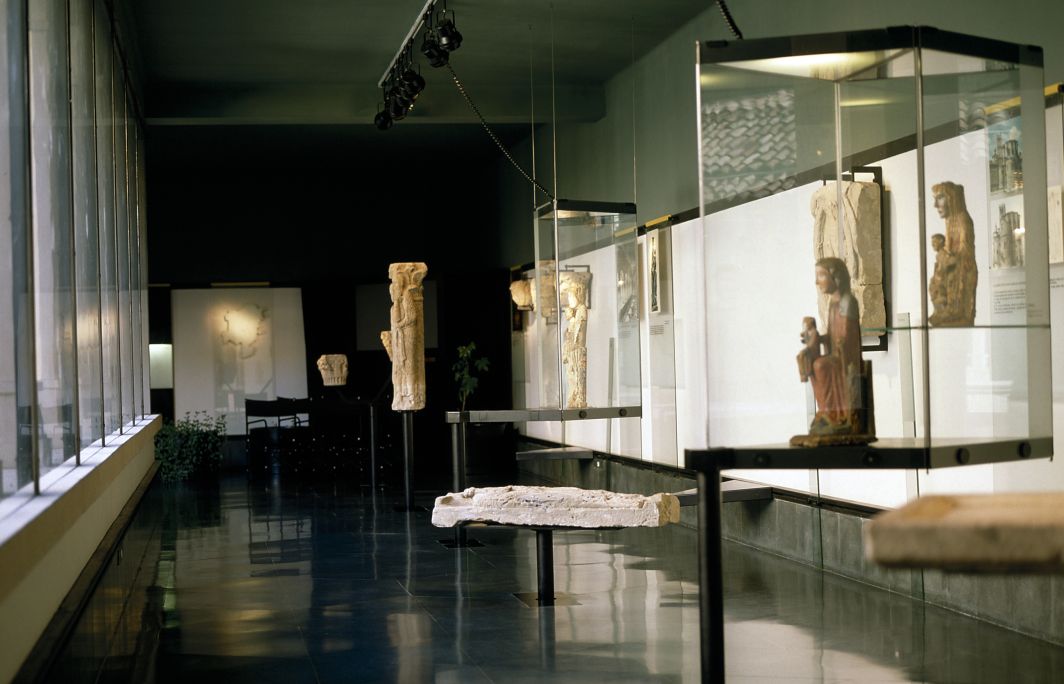 General view of the Romanesque room, located above the cloister of Solsona’s cathedral.

A considerable part of the Romanesque exhibition is housed in this room above the cathedral’s cloister. Most of the pieces on show are religious, such as the early Christian altar and the images of the Virgin Mary in polychrome wood. The most remarkable of these is the Marededéu Blanca (White Madonna), which is clearly related in style to the Verge del Claustre (Virgin of the Cloister), an emblematic piece by the master Gilabert de Tolosa. There are architectural elements from the old cloister and the cathedral itself, which are also ascribed to the workshop of Gilabert de Tolosa; also some liturgical items – candelabras, incense burners, ornately carved recipients for sacred relics called lipsanotecas; and other elements – capitals from columns, a porta ferrada, or door reinforced with iron – from churches in the diocese. There are some secular items here too, such as the frieze of a hunting scene, which comes from a private house, and is also credited to the workshop of Gilabert de Tolosa. The Romanesque exhibition occupies two more areas of the building, with frescoes salvaged from the church of Sant Vicenç in Rus, side altarpieces from the church of Sant Andreu in Sagàs, and the full scale reproduction of the central nave of the church of Sant Quirze in Pedret, in which one of the most important groupings of pre-Romanesque and Romanesque frescoes in the country is displayed. 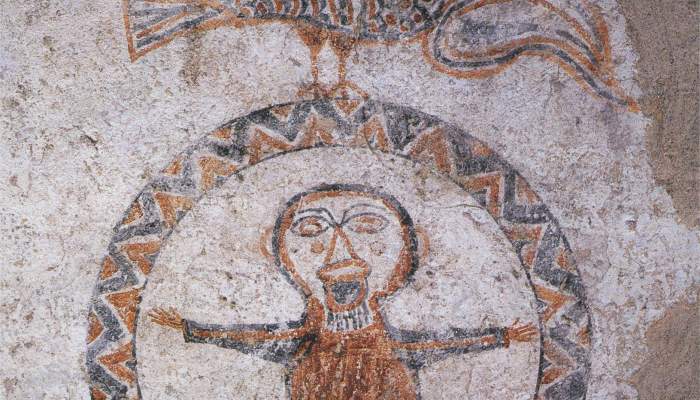 Man at Prayer from Sant Quirze 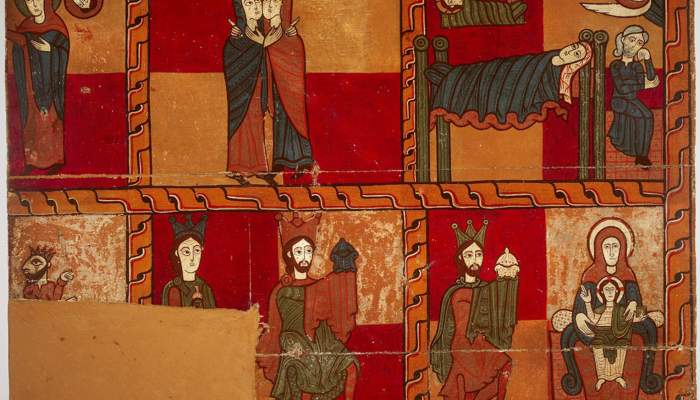 Lateral of the altar in Sant A

Lateral of the altar in Sant Andreu church, in Sagàs