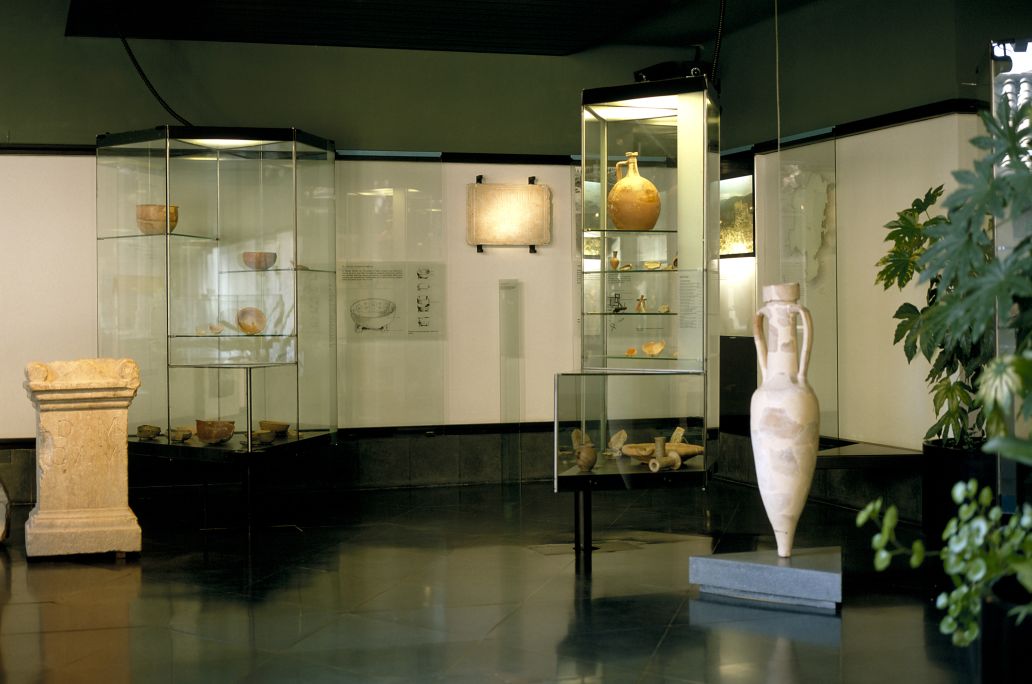 General view of the Roman World Hall over the cloisters of Solsona cathedral.

A wine amphora imported from the Italian Campania region reflects the transformation of the trade exchanges after the Roman conquest.

One case displays a selection of objects from this era, some of which come from the village of Sant Miquel de Sorba, the last of the areas to be abandoned. The Roman structures at Cal Sotaterra (Solsona), which were constructed on previous indigenous-type buildings, had private bathrooms with hot water baths. Excavations in this place have yielded fragments of table crockery with engraved Latin alphabetic symbols, ceramic and glass vessels, small objects in bone and metal and decorated ring stones. Some decorative paint fragments come from other Roman sites in the region.

The world of beliefs is represented by two funerary figures from Oliana and Riner, and by an extensively decorated tombstone from Ivorra. 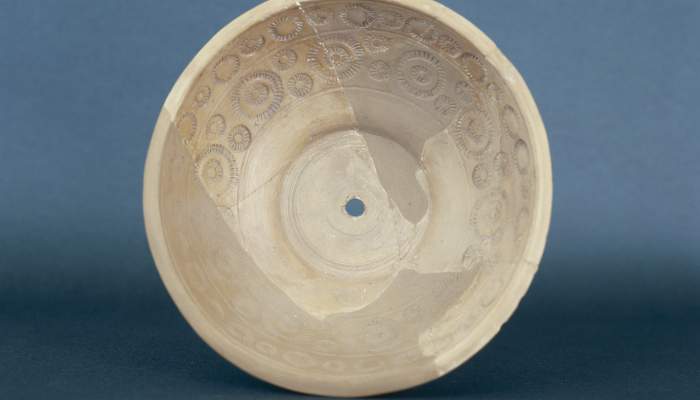