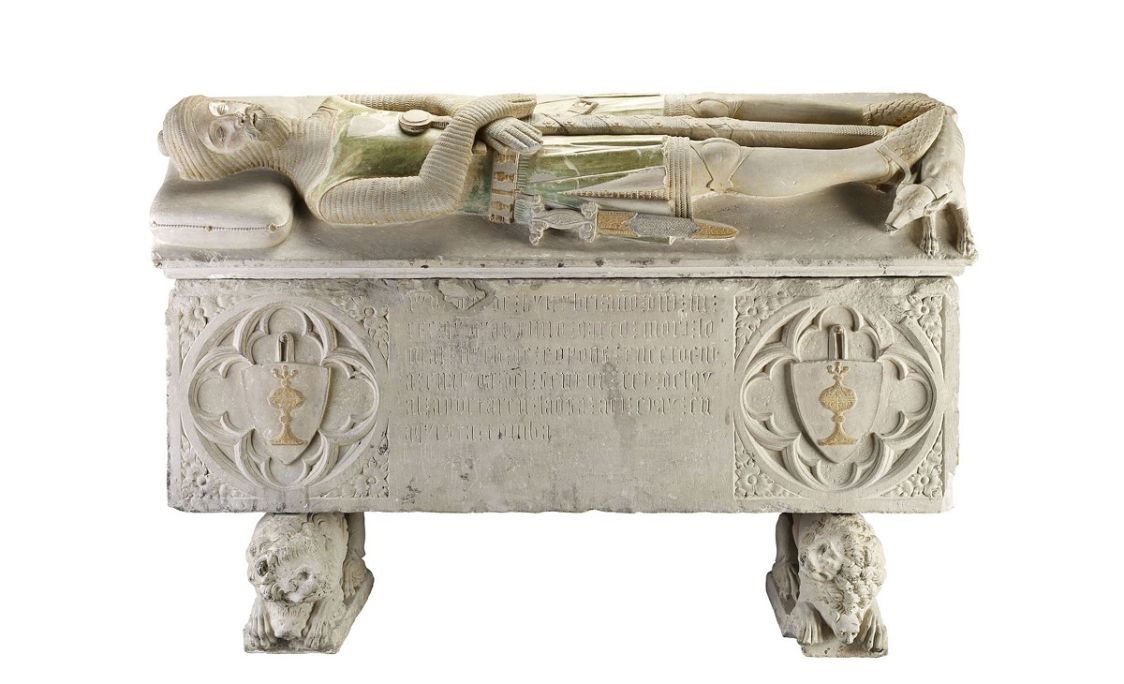 Sarcophagus of Hug de Copons, from the church of Sant Julià in Llor (Segarra), attributed to Pere Moragues, 14th century. Diocesan and Comarcal Museum of Solsona.

This stone sepulchre, which was originally in the church of Sant Julià de Llor (Torrefeta i Florejacs, Segarra), held the mortal remains of the knight Hug de Copons, who died in 1354 while on a military expedition to the island of Sardinia with King Pere IV of Aragon, known as el Cerimoniós, or the Ceremonious. During the restoration of the sarcophagus vestiges of the original polychromes with which it had been decorated were found. It is considered to be one of the best examples of such Catalan Gothic sculptures in existence.