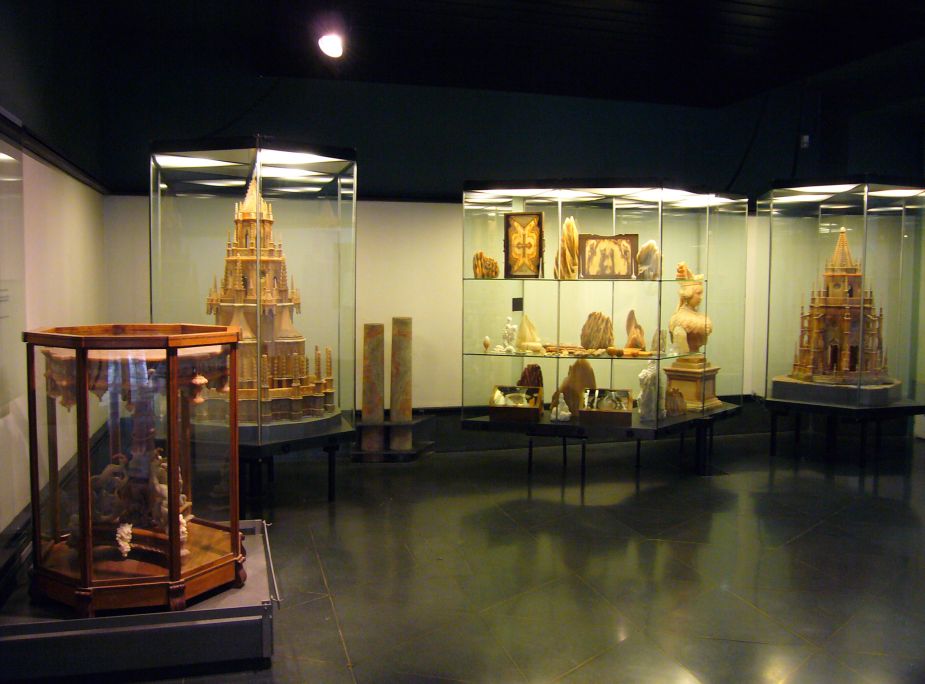 General view of the room, showing objects made with rock salt from the salt mines of Cardona.

In the middle of the nineteenth century, there lived in Cardona a priest called Father Joan Riba i Fígols, a talented, multifaceted man who had been born in the parish of Selva at Navès in the Solsonès. Apart from his priestly duties, he devoted himself, together with other artists of the time (some of his collaborators were Joan Cutrina, Josep Sunyol, Joan Grau, Lluís Vermell, Giovanni Battista Pietrasanta...), to making scale models of castles and other buildings, to carving busts and statues, and to making reproductions of fruits, kitchen and table dishes, sweets, and even weapons... with the peculiarity that the raw material they used was exclusively halite, or rock salt, from the salt mines near the town of Cardona. Father Riba housed a little museum of this work in his own house, which was a great success with the public, according to accounts in the newspapers of the time and to the comments people wrote in its visitors’ book. On the death of Father Riba, Bishop Ramon Riu i Cabanes, the man who founded the museum, bought this curious collection when it was auctioned, and brought it to Solsona.

A selection of these art works in salt is exhibited in the first room of the museum. 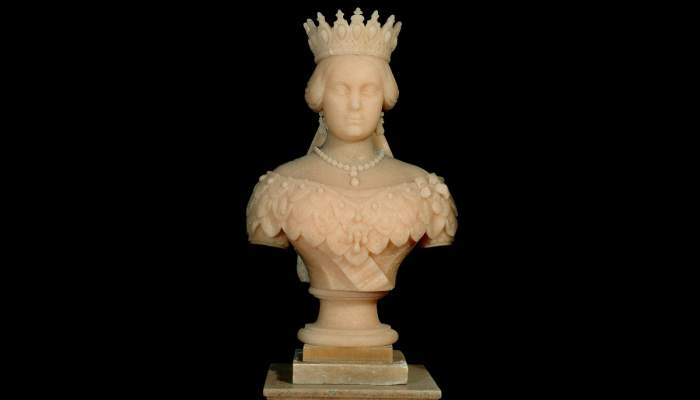 A bust of Queen Isabel II of S

A bust of Queen Isabel II of Spain 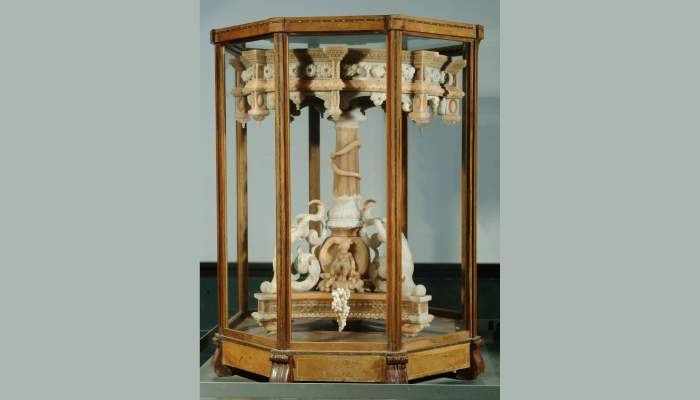