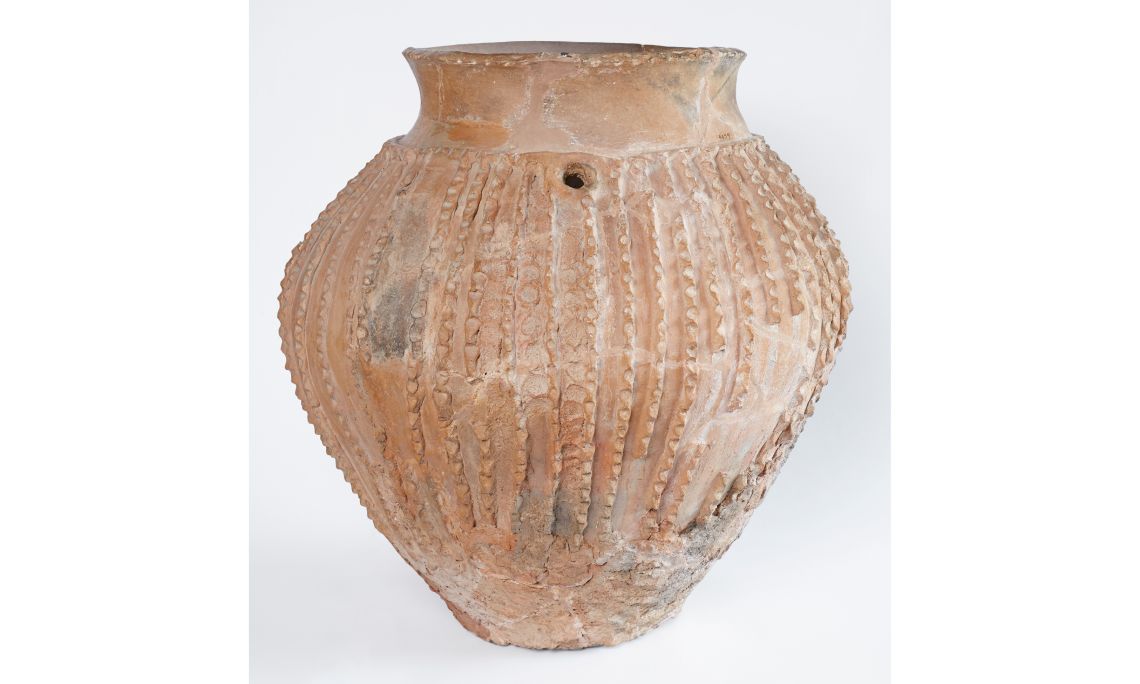 A handmade, fired clay ceramic cup from the end of the Neolithic period, presenting striped decorations vertically and parallel to the base. It has two perforations that might have been used to hang it. It was found in the Cova del Segre, a site excavated in 1917 by the museum director of the time, Monsignor Joan Serra i Vilaró. This cave had experienced different levels of occupation, as shown by the archaeological remains found there (clay cups, bone punches and stone remains, among other items).