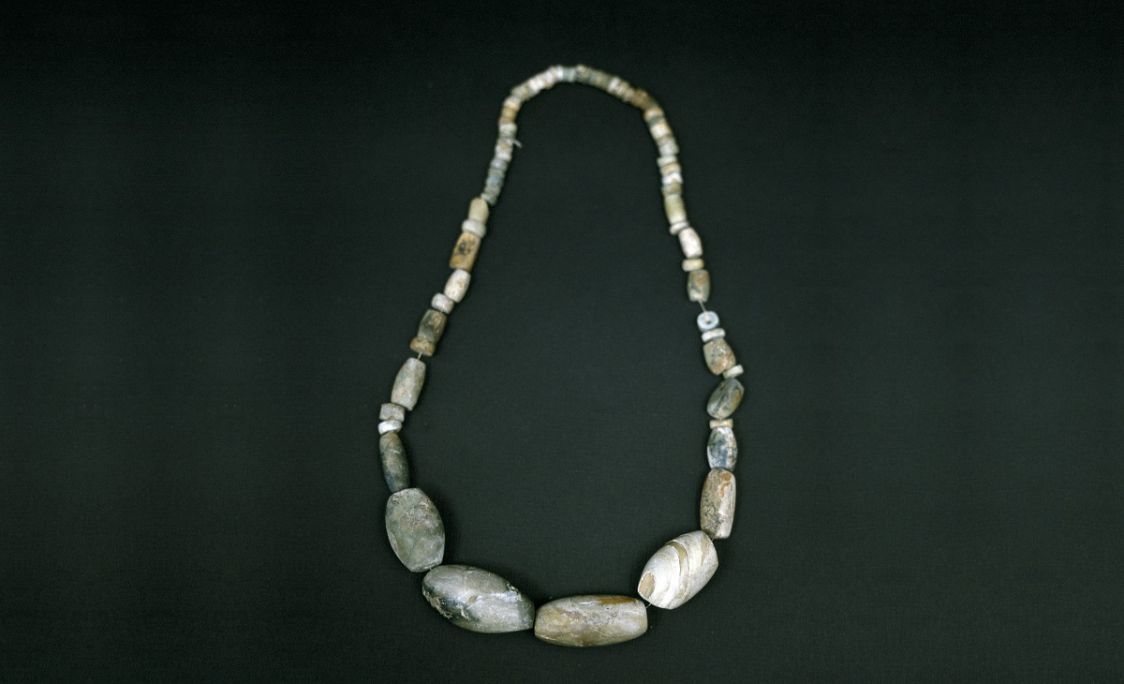 Necklace unearthed from a cist, or burial chamber, in Solsona cemetery, from the Mesolithic period. Diocesan and Comarcal Museum of Solsona.