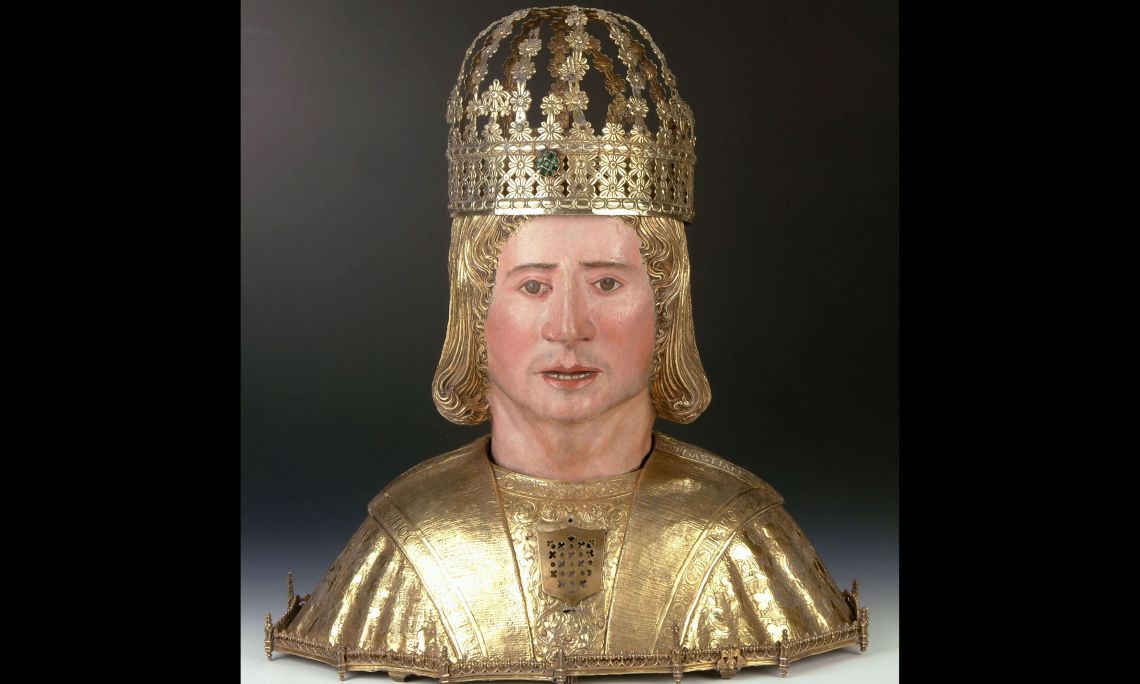 This reliquary bust, along with that of Saint Ursula, come from the treasure of the collegiate of Sant Vicenç in Cardona. Here these saints were venerated in the crypt known as the Confession or the Chapel of the Relics, from where they were taken to Solsona cathedral.

The bust of Saint Sebastian, which contains skull fragments and other relics, is one of the masterpieces of early 16th century Barcelona Renaissance silverwork, and was possibly the handiwork of Pere Joan Palau.

Inside is a 14th century reliquary bag of Muslim origin made of silk and gold and today displayed in the museum’s Gothic Hall.