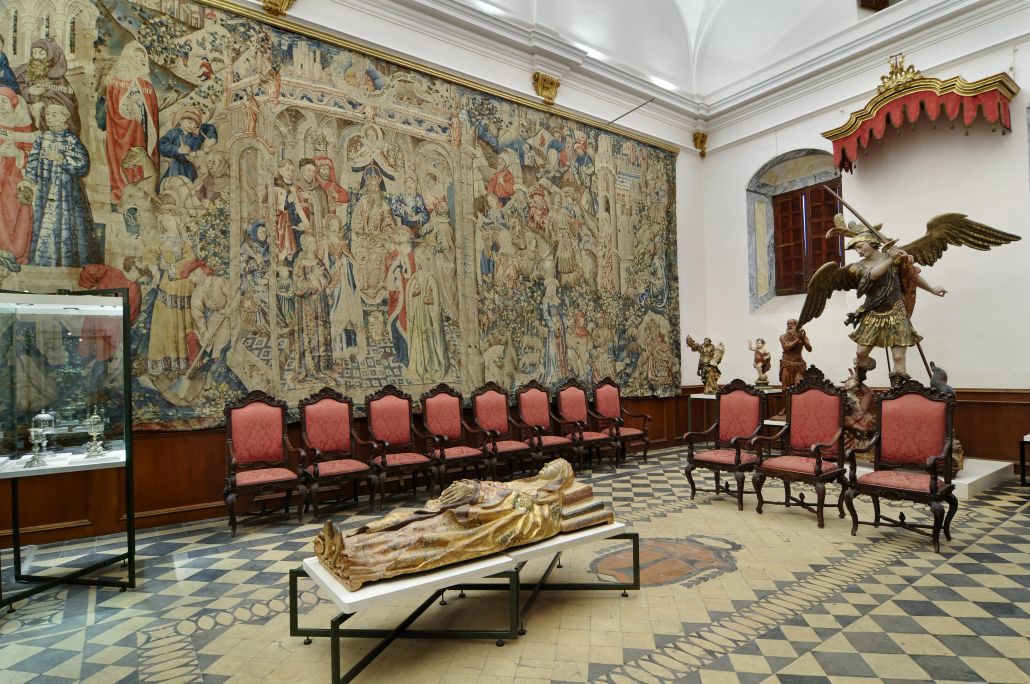 Museum Room III occupies the Chapter Room, which on solemn occasions is taken over by the Cathedral Chapter.

This room and the two that precede it offer the visitor examples of painting, sculpture and liturgical silverwork from the 16th to the 19th centuries.

An outstanding piece is the so-called Tapestry of the Powers or the Good Life, which was woven in the late 15th century in Arras (France). It is part of the collection of 54 tapestries belonging to the Cathedral Chapter which is kept in the museum. Another interesting piece is the Poblet pall, which was embroidered in Rome in the 17th century.

A series of panel paintings from the 16th century shows the vitality of painting during that period. It includes The Adoration of the Shepherds, attributed to Vicent Macip, and the Flagellation from Ulldemolins. The oil painting on canvas depicting The Lamentation is attributed to Josep Viladomat in the 18th century. On display in a side cabinet is the Cathedral’s processional monstrance, a Modernist piece made of gilded silver with encrusted precious stones designed by Bernardí Martorell. Sculpture is represented here with 18th-century carvings by the brothers Lluís and Francesc Bonifàs and Antoni Pallàs. The section is complemented by some examples of Renaissance and Baroque liturgical silverwork, including the reliquary by Lope de Salazar and the reliquary-cross of Archbishop Pere de Cardona. 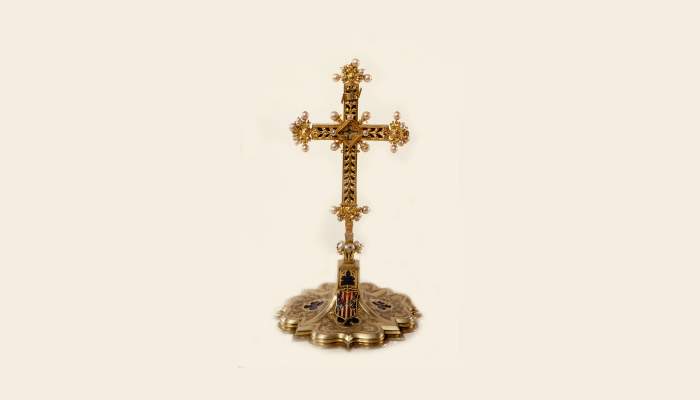