Room I. The former canonical refectory 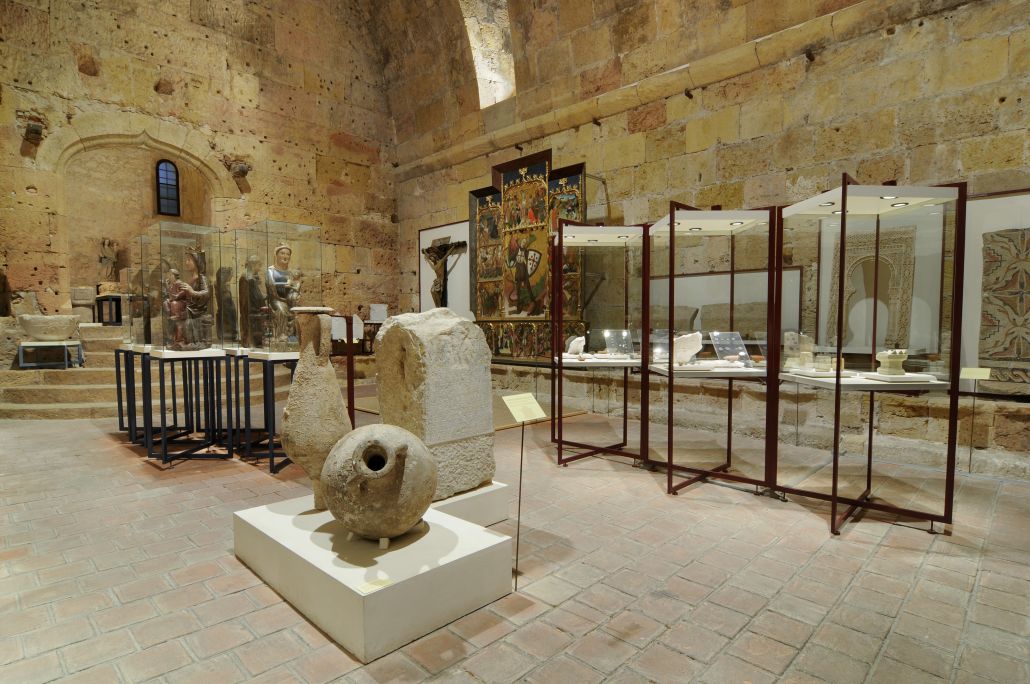 Here you will find a selection of works that tell us about the history of the room itself, about the origins of Christianity in the diocese of Tarragona, and even about the impact of the other two major religions –Judaism and Islam– that have had a presence in the area over the centuries. Other topics are the restoration of the See, the repopulation of the Tarragona area and the defining of the diocese in the Middle Ages.

You can see objects of made Luni-Carrara marble from the Roman temple above which the cathedral was built, including the façade of a sarcophagus, mosaics and other objects that illustrate the splendour of Tarraco during the Roman Empire. The beginnings of Christianity are represented by some early Christian lamps and a small liturgical vessel from the Visigothic period. Two exceptional pieces –a Jewish inscription dedicated to the memory of Isidora and a Moorish arch from Madinat al-Zahara– are examples of the coexistence of Judaism and Mahommedanism. The rest of the room contains examples of painting, sculpture, silverwork and pottery from the Romanesque to the early Gothic periods. 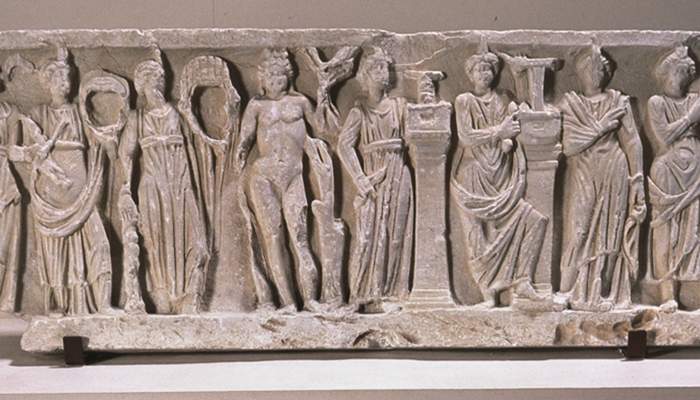 The front of a sarcophagus dep