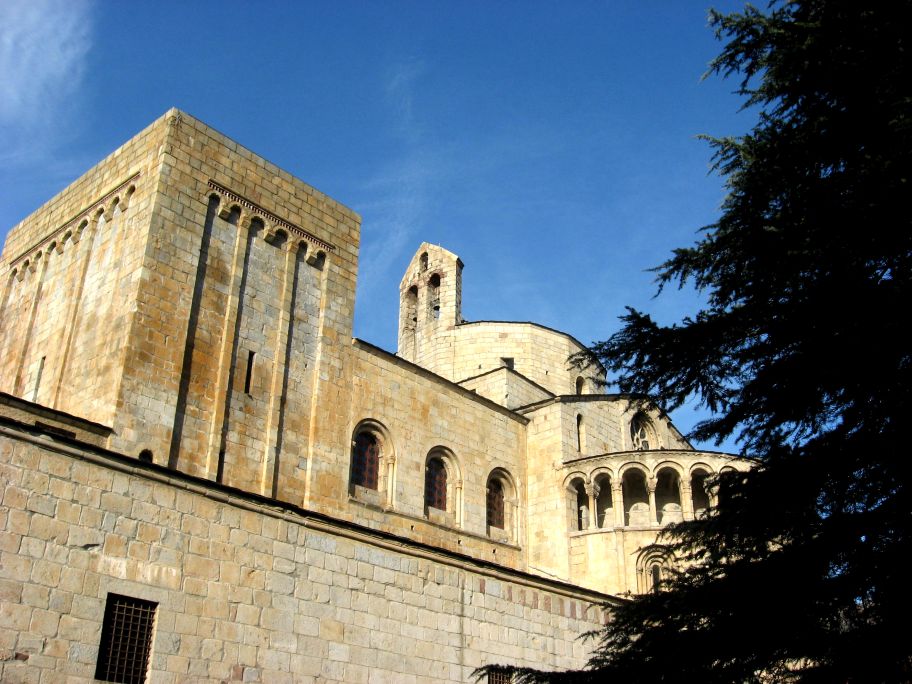 In 1931 the twelfth-century Romanesque cathedral of Santa Maria was declared to be an historic and artistic monument of outstanding cultural interest by the Spanish government.

The present Romanesque cathedral is the last of a series of churches built on this site in La Seu d’Urgell (The Seat of the Bishop of Urgell) between the fourth and the twelfth centuries. Bishop Ot, later canonised as Saint Ot, is considered to be the instigator of the new cathedral, even though he died in 1122, at the beginning of the building works, which continued under his successors. Only the name Ramon Lambard, from Coll de Nargó, one of the architects involved, is known, thanks to the only work contract of that time which is still extant. The cathedral’s present appearance is the result of different restorations t carried out during the twentieth century.

The cathedral has the groundplan of a basilica, with three naves and a large transept crowned with a tower. The chevet, or eastern end, of the cathedral is one of the most accomplished in the whole of the Catalan Romanesque. It has five rounded apses, but only the central one projects to the exterior, and this has an open gallery in its upper part, a clearly Italian influence. The entrance façade on the western side is a marvellous sculpture in its own right, with the decorative motifs that are characteristic of the Romanesque. The door to the cloister, a space devoted to meditation which also serves to connect the cathedral proper with the buildings that are annexed to it: the chapel of Sant Miquel, the dean’s offices, and the chapel of La Pietat, home of the present day museum. The cloister is framed on three sides by Romanesque galleries from the twelfth century with sculpted capitals. The fourth is a gallery that was renovated in the seventeenth century. 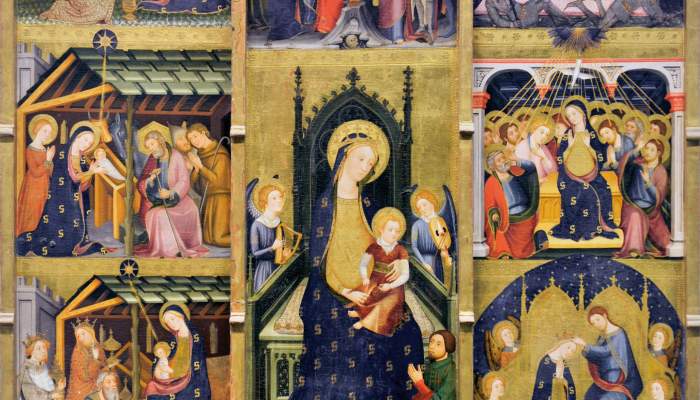 Altarpiece of the Joys of the