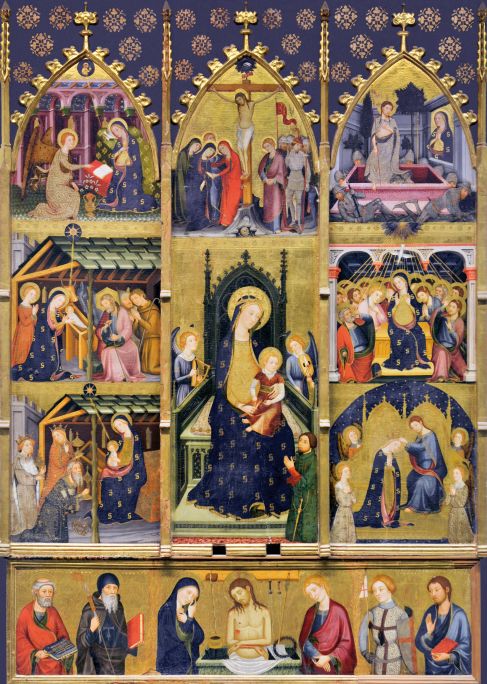 The altarpiece of the Goigs de la Verge (Joys of the Virgin), from Abella de la Conca, is one of the most beautiful pieces in the museum. It was painted in the Trecento style by Pere Serra in the last quarter of the fourteenth century. The central panel is of the Madonna and her Christ child, with a portrait of the donor – who has been identified as Berenguer d’Abella – praying at her feet. The Joys are painted on the side panels. This altarpiece was stolen in 1972. After extensive travels, and many vicissitudes, it seems, it was recovered in New York in 1978, and brought back to La Seu from there.