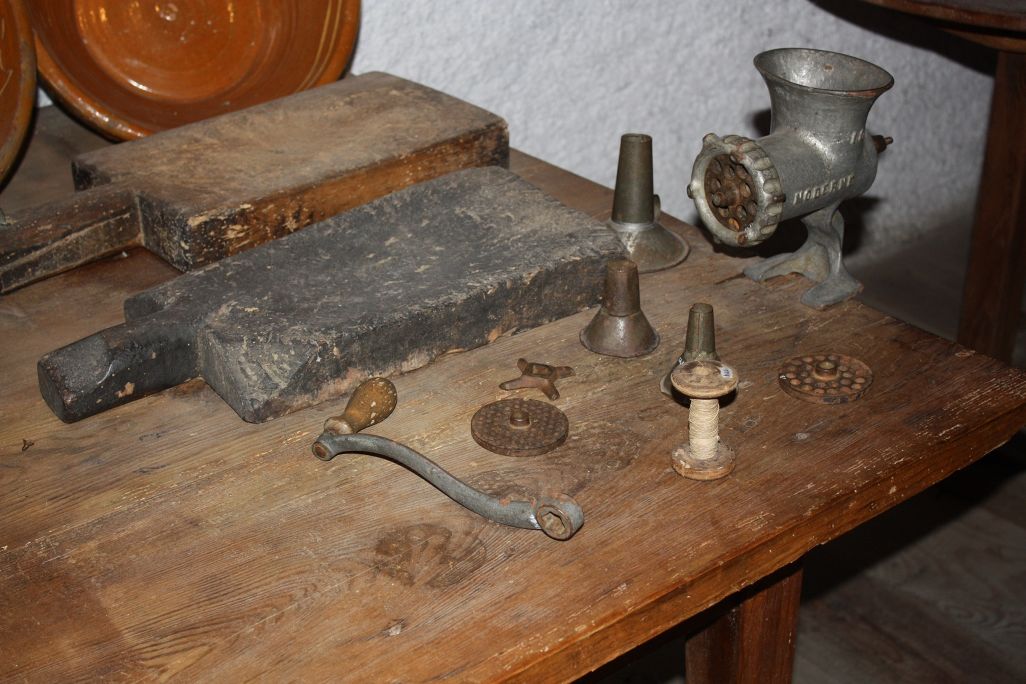 The pig slaughter was an eagerly awaited household job, a feast for the whole family that filled the meat locker for the year. The pigs were bought in autumn, fattened for several months and killed between December and March, depending on the house.

The arrival of the manual mincing machine relieved the job of cutting the meat, which had previously been done by knife. The meat was minced by the machine, and once it was seasoned to the mistress’s taste, the various preparations made in each house were stuffed.