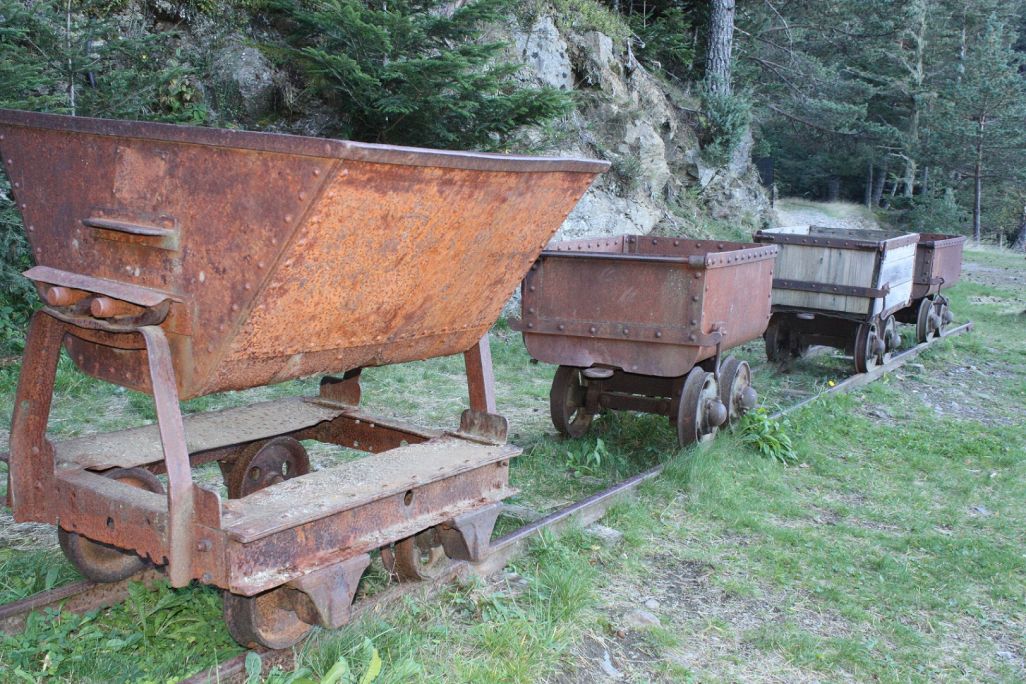 We can find different kinds of wagons in the mining facilities, including both side-pourers and front-pourers. Victòria. Mine Musèu dera Val d'Aran.