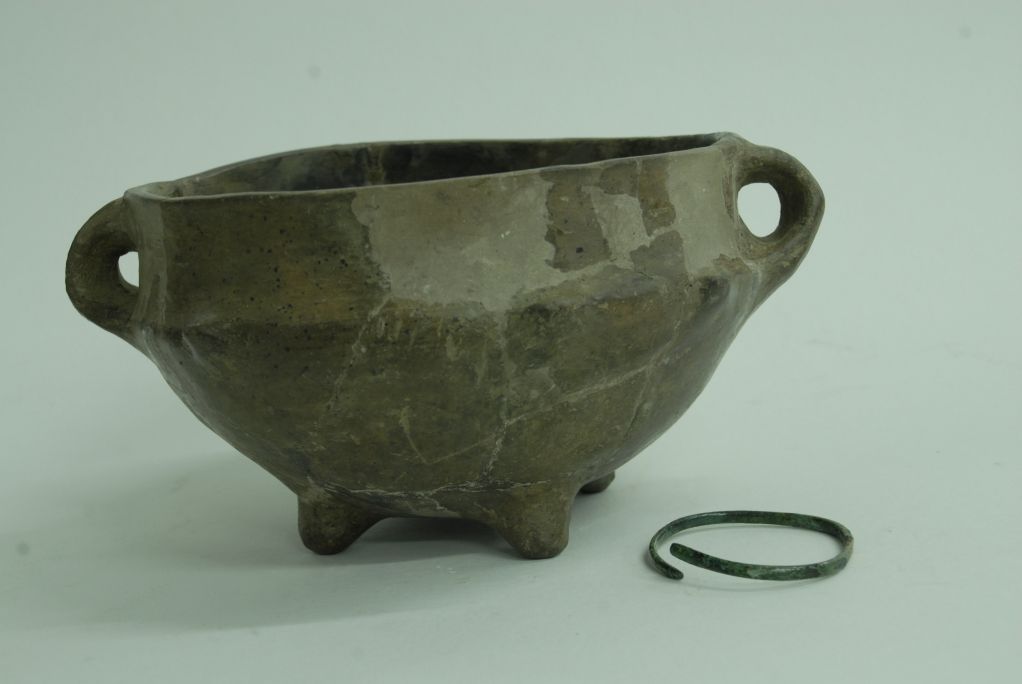 The Mijaran cist grave was excavated in 1969. It is a shallow tomb carved in the rock, with a capstone, where the deceased had been laid to rest with two singular objects meant to accompany him in the afterlife by his side: a drinking vessel with four feet and a bronze bracelet. The drinking vessel was found on the left of the skull and the bracelet forty centimetres or so below this.