The nativity scene tradition in Olot 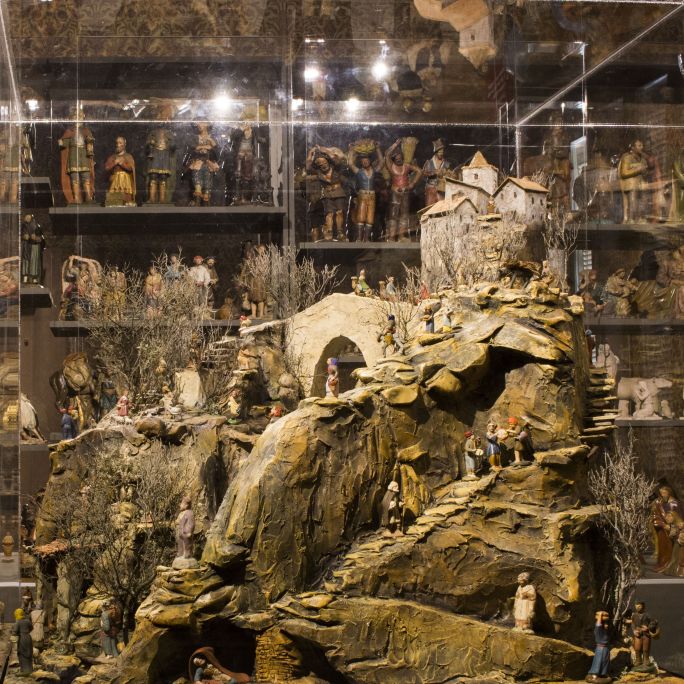 Apart from the historical cribs that traditionally decorated the main churches of Olot and the great stately homes such as the Trincheria, Bolòs and Vayreda family estates, the tradition of private nativity scenes was deeply rooted in the town. In the late 19th century nativity scenes were displayed in various establishments and homes in Olot. But it was at the beginning of the 20th century when the town underwent its nativity scene boom, with significant contributions from the workshops where the saints were made and the various religious and patriotic associations in the town.

The first nativity scene competition was held in 1914, organised by the El Deber magazine founded by rector Ferrer. The competition and the increase in the number of nativity scenes continued until the 1970s, except during the period of the Spanish Civil War (1936-1939).

Ramon Amadeu, regarded as the father of the Catalan nativity scene, had a close relationship with Olot. The sculptor, with a Baroque style and neo-classical influences, modelled a major nativity scene figure set in Olot, inspired by a naturalistic conception in the tradition of the cribs of Naples, one of the oldest and one which has remained unaltered with the passing of the centuries.

Amadeu created a school and generated a whole group of virtually unknown students and followers, shaping what was known as the “Olot Nativity Scene School”, a way of doing things that took a different path from that of other Catalan nativity scenes. An artisan and industrial rather than an artistic line, closely linked to the great production of saints and religious imagery in Olot. 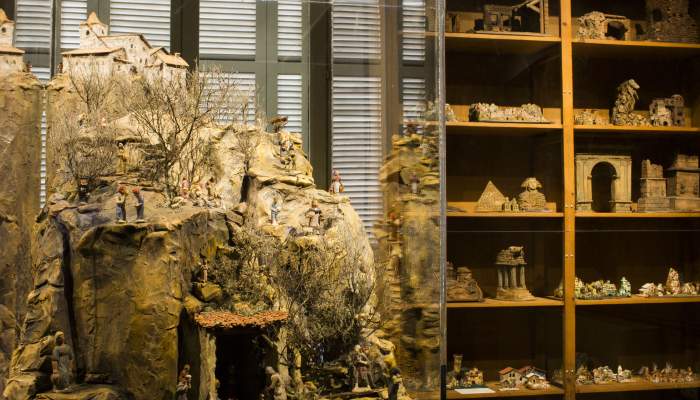 The nativity scene legacy of A

The nativity scene legacy of Apel·les Mestres and Joaquim Renart