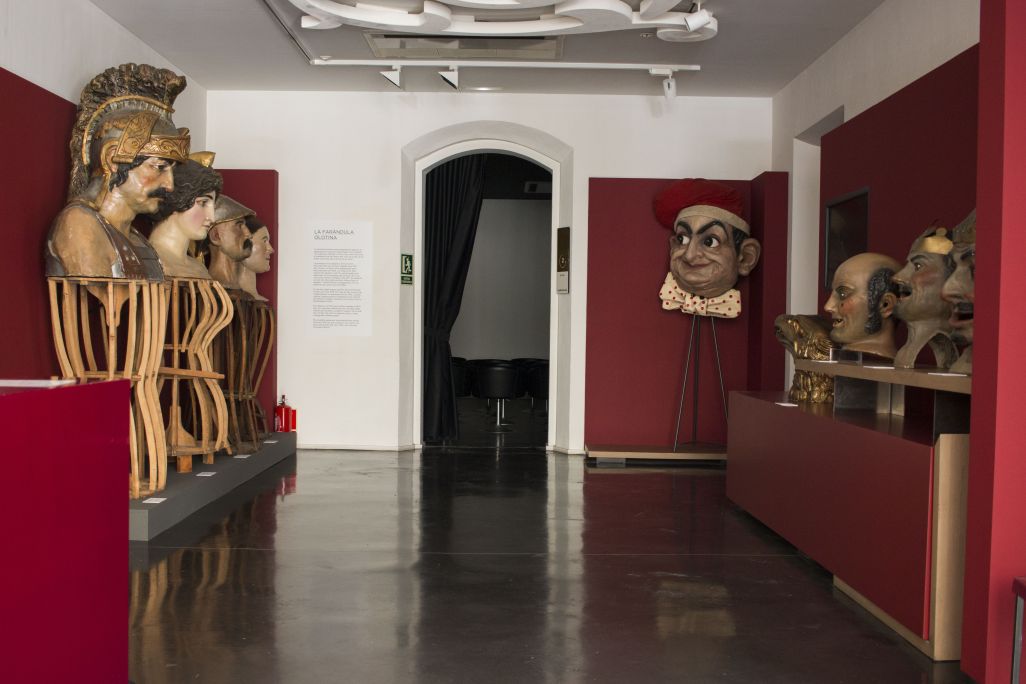 The Olotine Folkloric Effigies: the new and old giants of Olot, the cabeçut known as Cucut, the Cap de Lligamosques and the small horses costumes. Photo by Blai Farran.

The workshops in the town of Olot focused their production on religious imagery but often also turned their attention to the festive kind. Many of the giants and capgrossos (costumed figures with large heads) of Catalonia were built in the statuary workshops of Olot.

These Olotine folkloric effigices are made up of the giant and giantess, the Lligamosques big head, the Cavallets and the cabeçuts (as the capgrossos are known as in Olot). On just one day a year, for the occasion of the Tura Festival, they can all be seen dancing together in the streets of the town.

The cabeçuts are nine very distinct heads which appeared for the first time in 1902. Except for the captain, they dance in pairs, and they perform the new and old dances with the same music and two different choreographies. 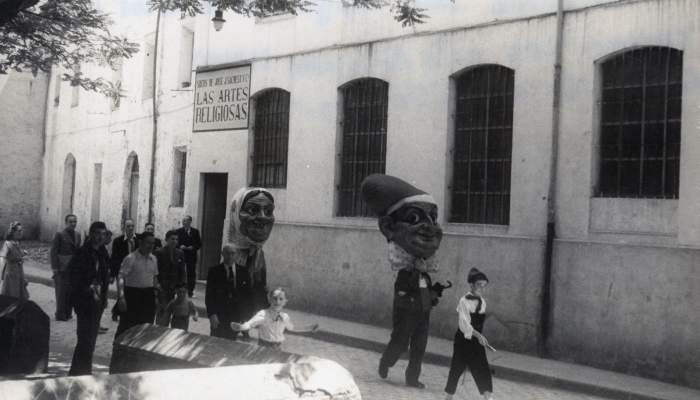 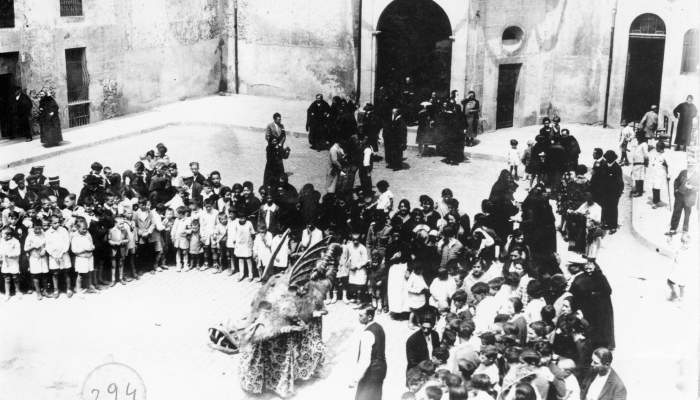