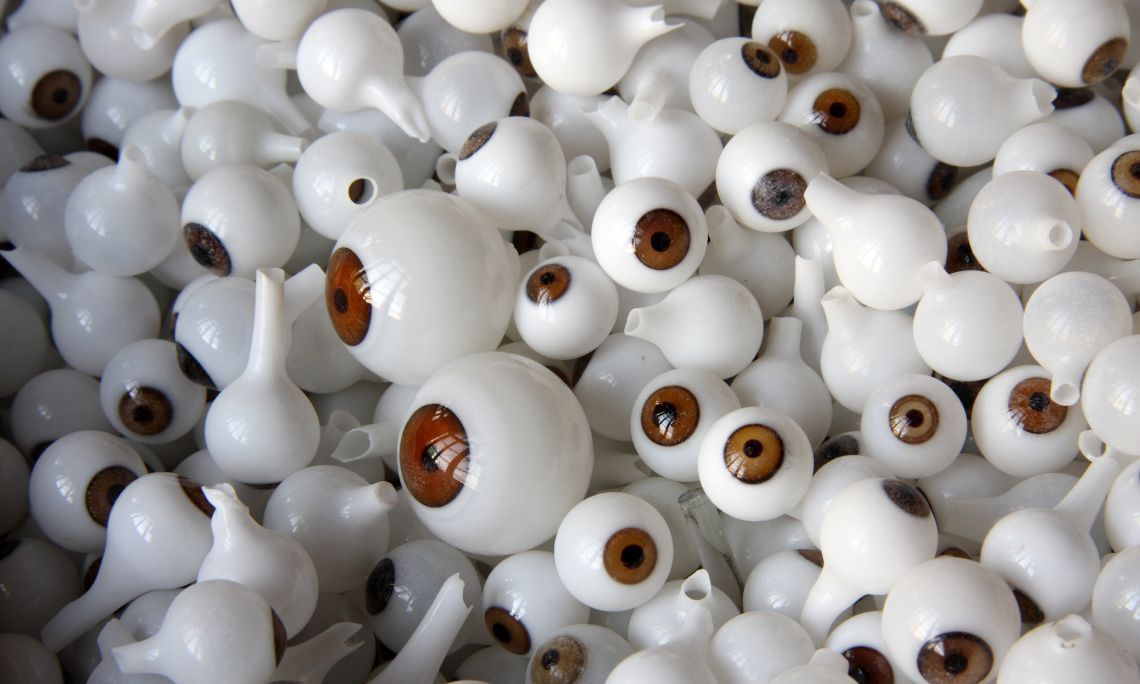 Placing the eyes on the figures is one of the most complicated parts of the entire production process; only experienced craftsmen can complete this task.

The eyes are normally made of glass. Until a few years ago they were bought from a craftsman in Castellfollit de la Roca, a town some eight kilometres from Olot. Since he retired, as no-one continued with his work, the eyes have been bought from Germany.