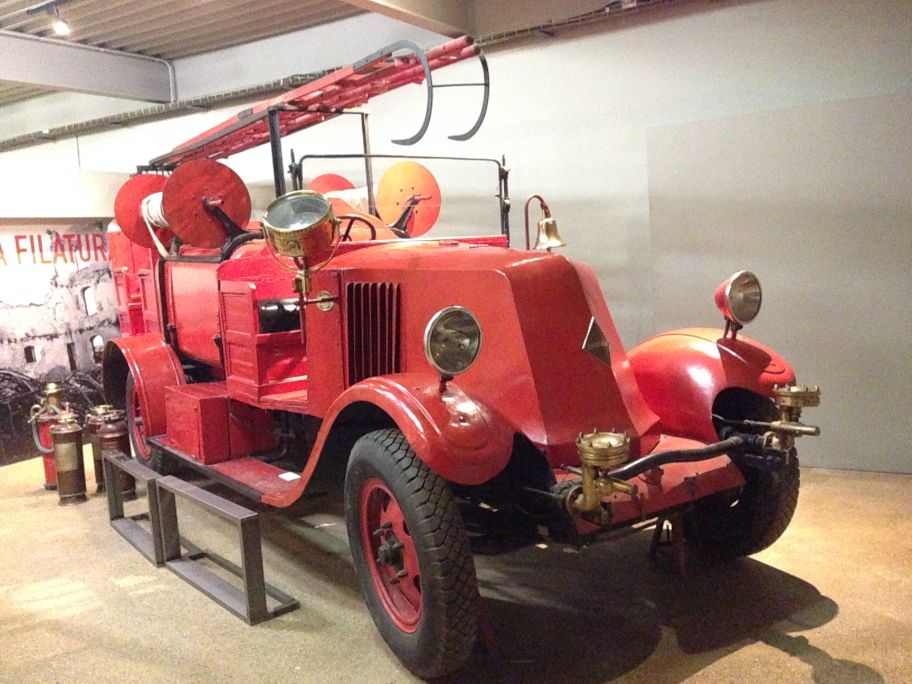 A Renault fire engine from 1927. Fire-fighting was of paramount importance in textile factories. Ter Museum. Manlleu.

The Municipal Fire Service of Manlleu acquired this Renault fire engine with a tank that held 1,000 litres of water in 1927 to water and put out fires in Manlleu. The engine had a hose 760 metres long, six 10-litre extinguishers, extinguishers for electrical circuits and a ladder 7.25 metres tall, among other features. This made it the most important unit within the municipal fire service. Not only did it work in Manlleu, but it also served the neighbouring towns of Torelló, Sant Hipòlit and Gurb until 1944.