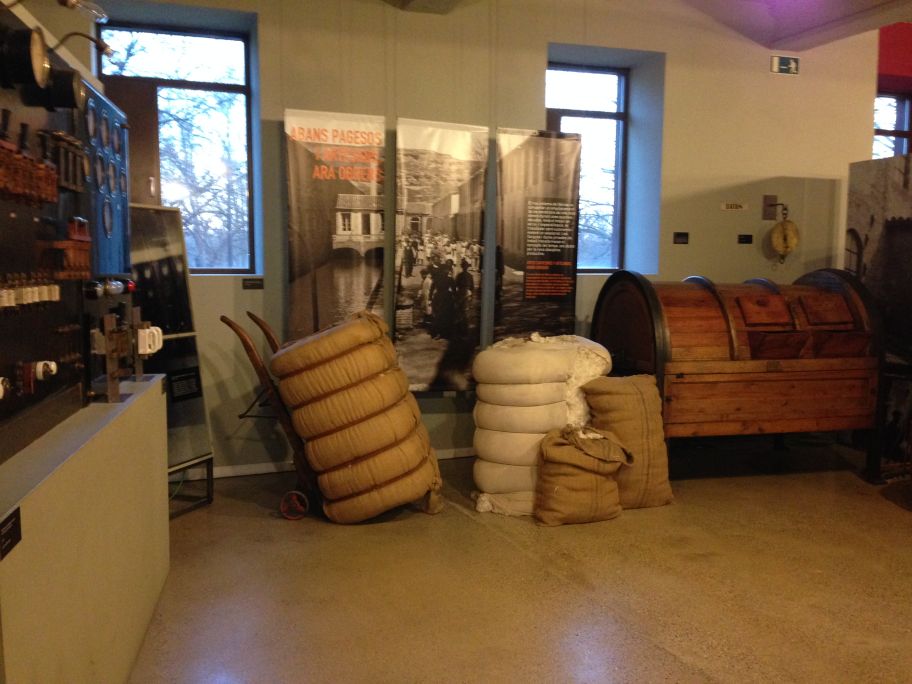 Bales of cotton ready to be turned into yarn

The advantages of hydraulic power turned the Ter River into a factory. On the riverbanks, dozens of factories and textile colonies were established after the mid-19th century, turning Manlleu and Osona into an industrial district. Can Sanglas is one of the first of these factories. In this first area, located on the ground floor, there are two hydraulic power production areas still running: a Francis turbine, which was suitable for generating electricity, and a Fontaine 1860 turbine, one of the first hydraulic motors installed on the Ter River by the company Planas. Thanks to a restoration process, today this hydraulic unit can be seen in operation, and thanks to a system of busbars, the energy produced can power a set of spinning machines. In this same area of ​​the permanent exhibition, the cotton yarn manufacturing process is explained and the main engines of the production process are shown, such as the card, the roving frame, the spinning frame and the asp, many of which were made in the metal factories of Manlleu that sprang up during this industrialisation process. 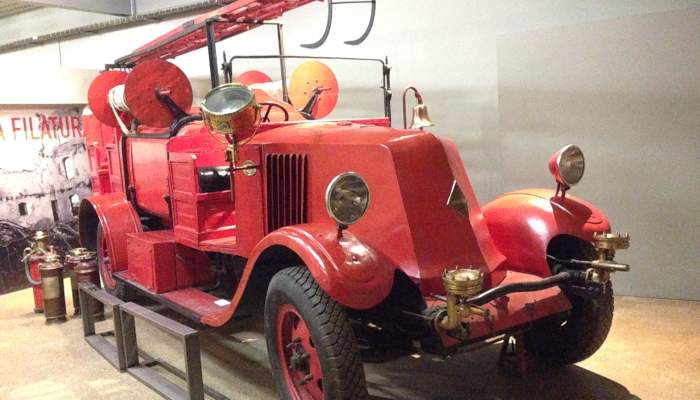 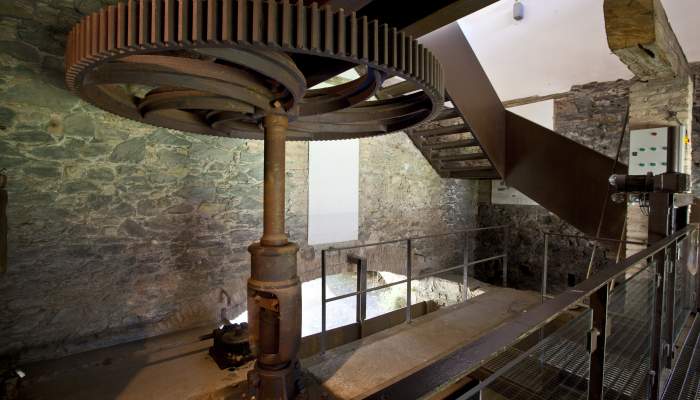