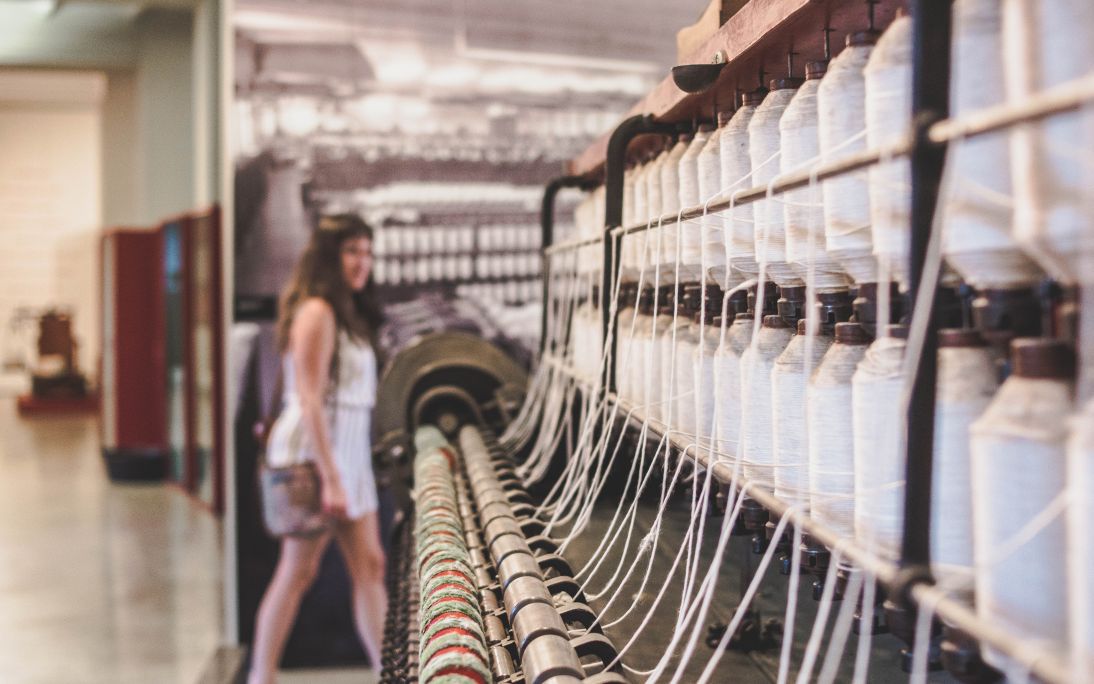 Spinning is central to the cotton manufacturing process. Most workers were taken up by the spinning machines, and these devices dictated the dimensions of each factory. From 1885 onwards, the continuous spinning machine replaced all other models, as this new model operated continuously, both stretching and twisting the yarn at the same time.

During the 19th century, the job of spinning was shared by men and women, when using mule-jennies, bergadana jennys and self-acting mules. The mass introduction of continuously-operating devices at the end of the century saw a major increase in the number of women workers, on far worse wages than the men, a fact that led to considerable social unrest in the Ter basin.

Unlike the self-acting device, which performed the spinning process in two phases, the continua, as it was known in Catalan, produced a continuous thread using stretching equipment, while twisting it once again.

The Costa & Serra Continua machine was manufactured in Manlleu in 1907.